The BBC Wildlife Magazine October 2016 Edition had an article about Minority Ethnic people and about the fact that they were not going out into nature. Parts of an interview by me were included on page 32, “Diverse Nature” with a photo. The article is an interesting one and raises awareness of this topic to a wider audience who will know nothing about it. Well done to Ben Hoare and BBC Wildlife Magazine for highlighting the issue and getting the debate started.

In March, following announcing my Race Equality in Nature Conference to take place in June (aiming to overcome the barriers to ethnic minority [non-white] people getting out into nature in the UK) I was approached by Ben Hoare, Features Editor at BBC Wildlife Magazine, as he wanted to highlight the issue and write an article on the subject. I was interviewed by Ben just before the conference, gave him background reports & info and details of others he could contact.

The article was written by asking BAME naturalists for their views on the topic. This was interesting to read and illuminating for most people interviewed. However, this approach assumed that just because someone was Minority Ethnic and an expert in nature, that they were an also an expert in race, which was not correct. All they could do was give their individual view, which sometimes was a odds with the research and experts in race equality, diversity and inclusion but left unchallenged. For example, the issue of whether BAME should be used was I think a diversion from the actual issue, also giving the impression to the white readership that Minority Ethnic people were divided when this is not true for the majority. Also, the experts didn’t have the chance to give their views in response though I understand that this was probably

I think discussions like this should include at least sections that are “Black-led” race experts. 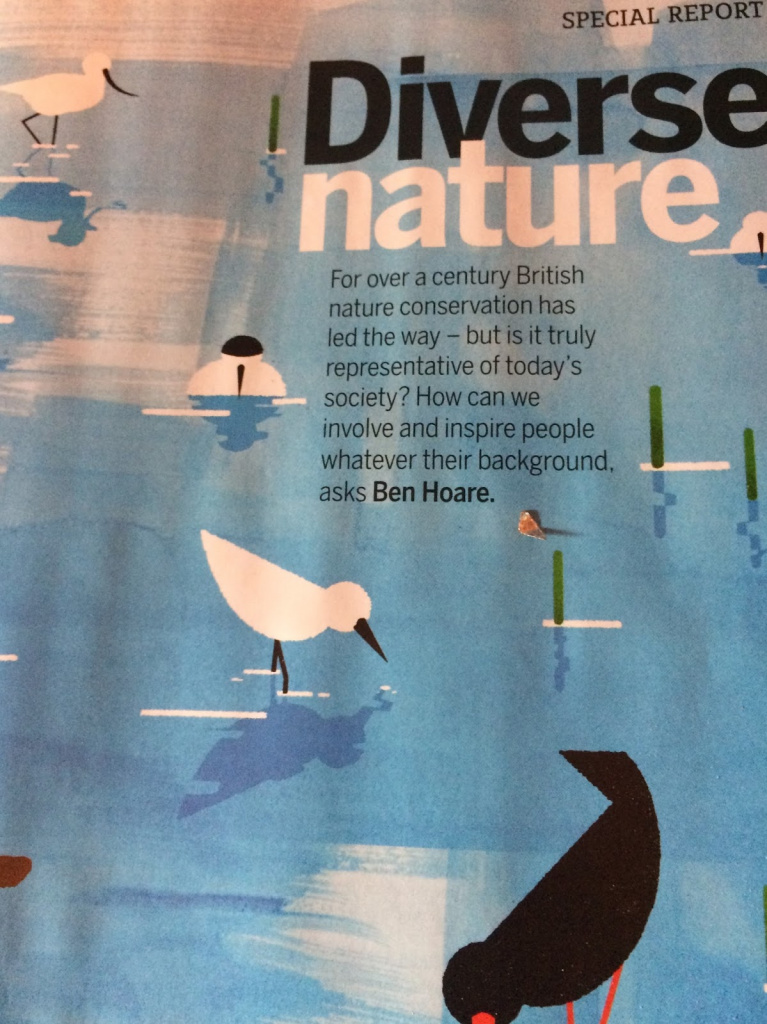 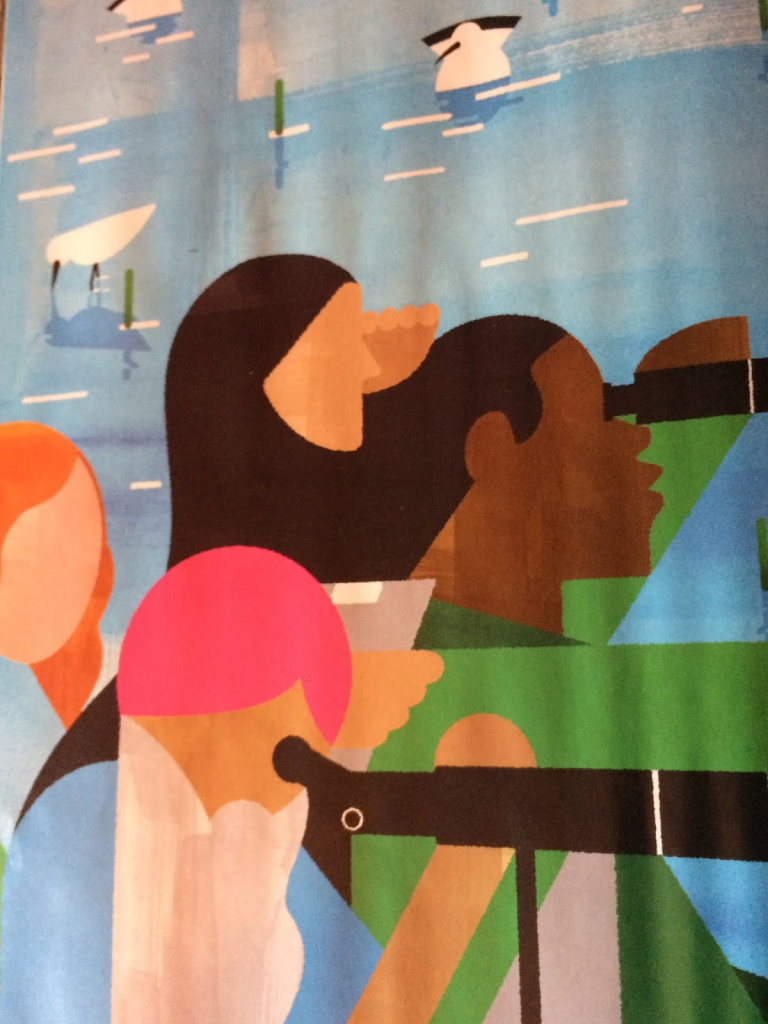 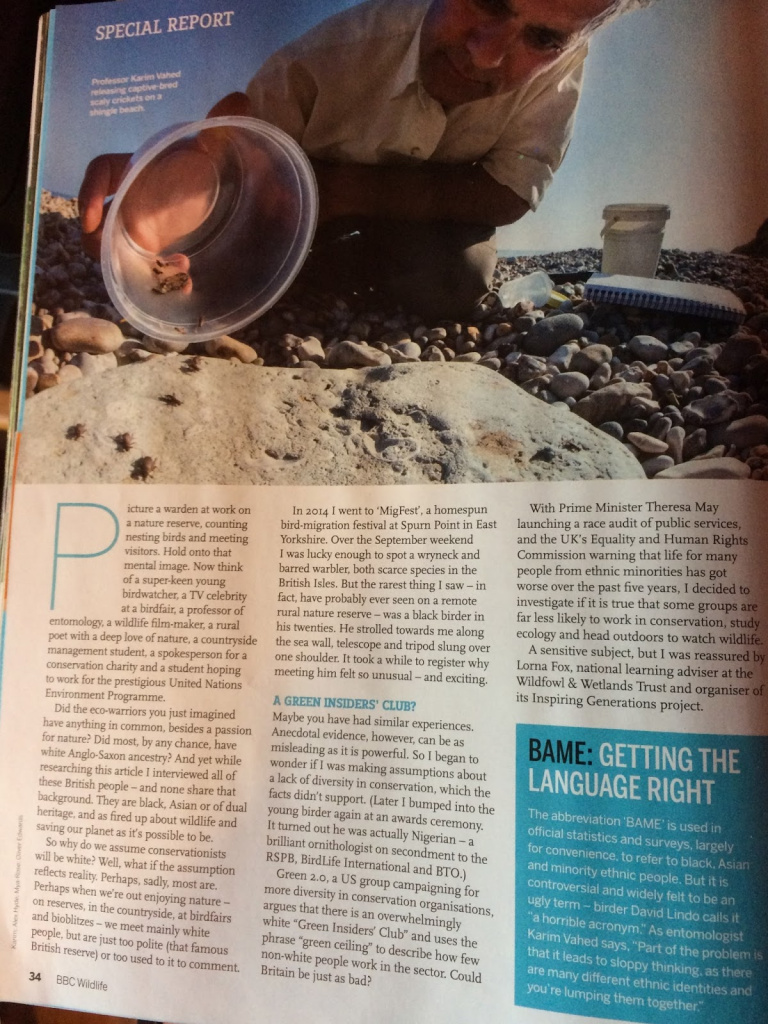 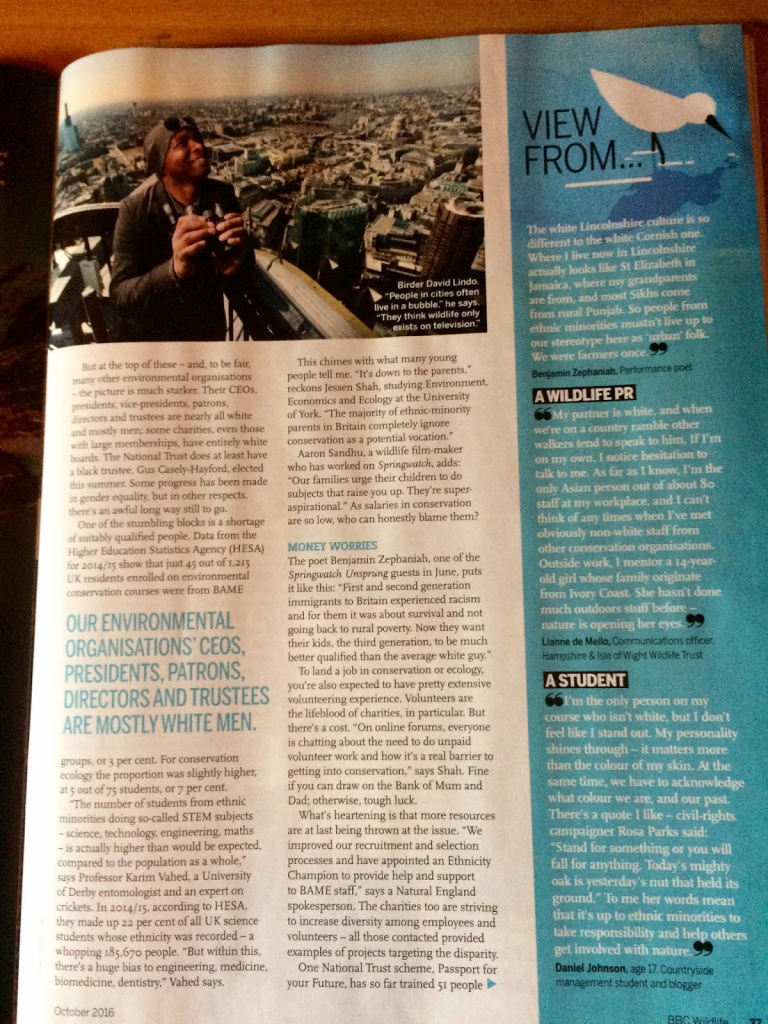 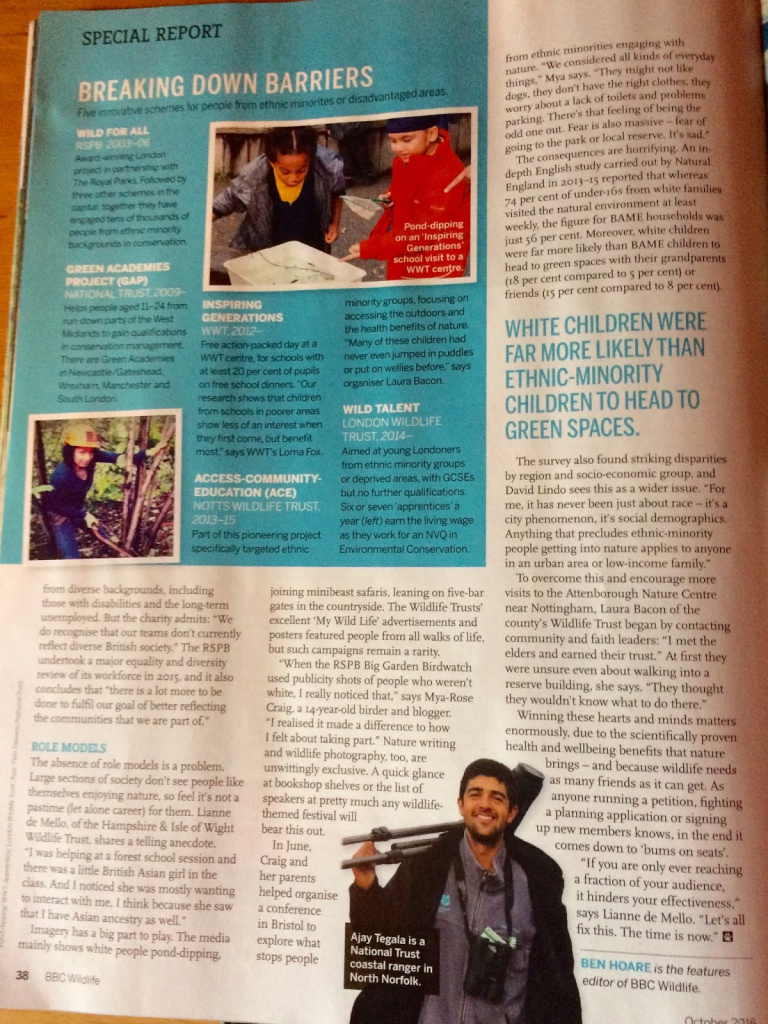 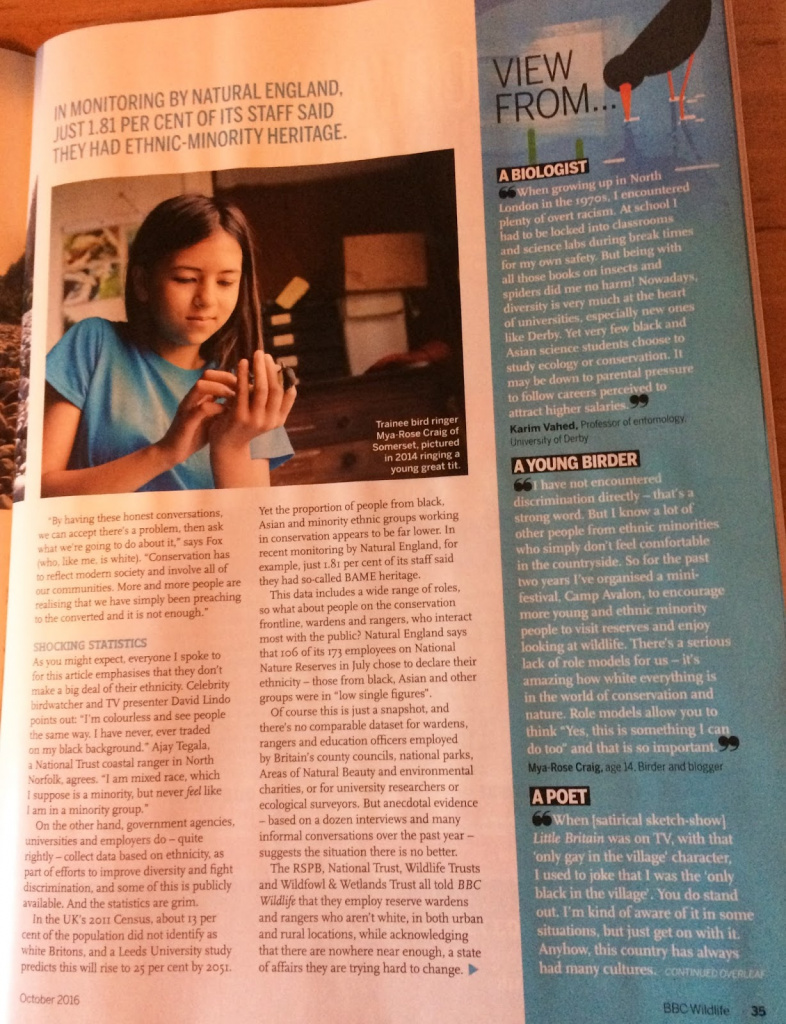 If you are interested in trying to make those out in nature from more diverse backgrounds, then please connect with me on LinkedIn (Mya-Rose Birdgirl Craig https://www.linkedin.com/in/mya-rose-birdgirl-craig-350b598b) and ask to join the Race Equality in Nature Group. Please can you also share this information, so that we can get as many people as possible from all backgrounds involved (nature organisations and people working in ethnic minority communities, health & education).