The main reason we were going anywhere in February half term 2019 was to go to Spain to practise my Spanish as I hadn’t been able to go on the school trip. We weren’t expecting to see a massive amount of birds as the last time my parents had gone (in 2004 when I was 1 1/2 years) there had been awful weather with very bad snow and there hadn’t been many birds there at all.

But the first day was very good, so we were surprised straight away. We drove out to some fields only a few miles out of Madrid and started scanning. Within a couple of hours, we had seen a pair of Spanish Imperial Eagle with a nest, Calandra Lark, and up to 30 Great Bustard! As well as lots of other birds as well – including Black Vulture, a new bird for my mum.

On our second day, Saturday, we went to El Planeron to look for Dupont’s Lark. We saw lots of Short Toed Lark immediately and really well. We then saw Black Sandgrouse and Pin-Tailed Sandgrouse within ten minutes of each other and we were celebrating our luck. The Pin-Tailed Sandgrouse was a new bird for both me and my mum too. I managed to see them both really well and even grab some dodgy photos. After a few hours of trawling, I was beginning to lose hope of seeing our rare lark when we saw a bird perched upon a bush through the heat haze. I hurried to get the scope out and lo and behold it was the Dupont’s Lark! Not the best views but definitely one.

On Sunday the tables turned, though. We tried lots of different sights looking for Wallcreeper, Bonelli’s Eagle, and more, but nothing turned up. In fact, we didn’t see much of anything that day. I was a little worried too; at this point, my world list was on 4998 and I really wanted Wallcreeper to be my 5000th, but I needed to somehow only see one more bird before magically finding myself a wallcreeper.
Monday morning we went to Castillo de Loarre, in Arogan, to try and find an Alpine Accentor as it was supposed to be a really good sight for them. There was no sign of them, but we did spot Rock Sparrow pretty quickly in the castle itself. We were walking back to the car when a few birds flew along the tree line, and so we had to investigate. After a few minutes of walking around in the scrub, a male Rock Bunting flew out in full view onto a bush. It was perched up for several minutes with a few females flitting around it, and once it had finally flown away I cheered silently. It had been my 5000th bird in the world! Although I had been hoping for the Wallcreeper I wasn’t at all disappointed with the Rock Bunting, in fact, I was very pleased with it. 5000 is a bid deal for me because I’ve been working towards it for years at it’s almost half of the birds of the world and I’m the youngest person to see so many. 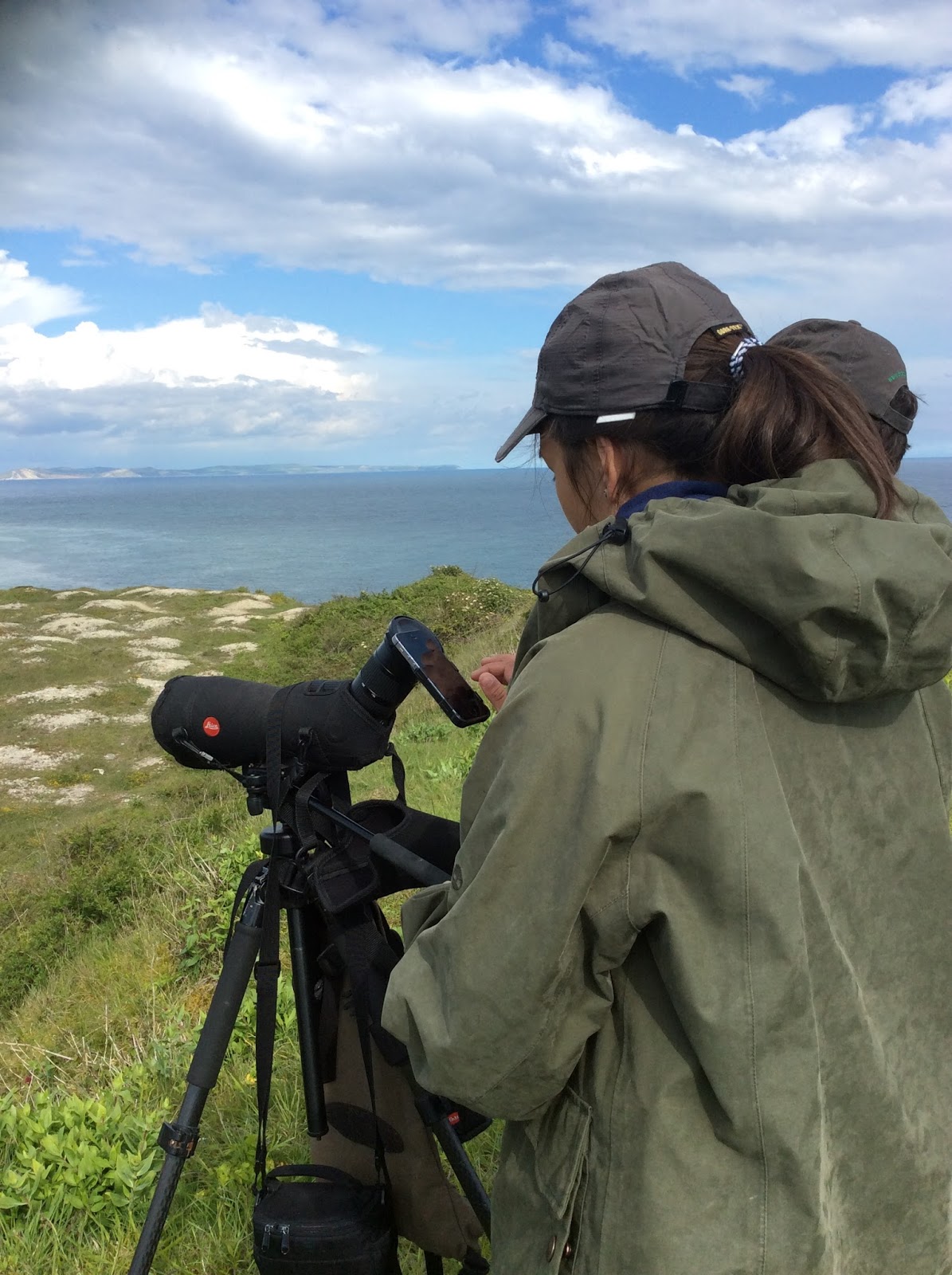 Eastern Subalpine Twitch at Portland Bill, Dorset on 1 May 2017

What I love most in my life is world birding. I love the thrill of hardcore birding every day for 4 to 6 weeks, looking for targeted birds each day or place. Knowing that if you miss any of your endemic targets, that will be it, you may not get another chance on that trip or maybe never again if you never get to return.  That’s a tough feeling, dipping like that. On the plus, seeing a new bird that you have never seen in the world before, is an unbelievable feeling. Taking in its features and colours, so that it sticks in your brain forever.
The second best birding experience is seeing a new bird in the UK that you have not seen anywhere else in the world before. It’s only one bird in the day, not say twenty, but a new world bird (even if not counted yet by the IOC).

On Monday 1st May 2017, we travelled down to Portland Bill on the South coast and finally managed to see a very rare Eastern Subalpine Warbler.

We had tried on Saturday, but I had gone ringing in the morning and so we did not get there until 4 pm.  When we arrived, right on the coast, it was really windy so although we heard the birds singing, we didn’t see it. We waited until 6.30 pm but it was so breezy there was no way any bird was going to pop out from the heather and bracken, so we decided to go home.

On Sunday, it was the Chew Valley Cider and Cheese Fair where I was running the car parking with my friends. That was fun; especially telling complaining people that they had to pay me a whole £1 or go home because there was nowhere else to park! Miles and Luca who organised the event let my friends and me get in for free to see the bands in the evening, which was loads of fun. They had Stone Foundation, Sophie Ellis-Baxter and Jo Whiley who were all amazing.

The next day I was exhausted and Dad was a bit hungover, so we didn’t leave home until 11 am, not getting to Portland Bill until 1 pm. It was a much nicer day and when we got to the bird, we heard that it had been “seen a couple of minutes before”. I think when people tell you that they think they are being kind. If it’s been seen just before then that’s a good sign because it will probably be seen again quite soon. However, for me, that gets me feeling despondent. If it was just seen, it means that it might not be seen again for ages or not at all. That’s how I was feeling until eventually, it started singing and then carried on.

After a while, a couple saw the bird again ‘briefly”, but did not get anyone else onto it. They then stuck around rather than going home celebrating. That’s when I start having thoughts about whether they were stringing it. I know that’s mean, but I suppose that’s how the stress of twitching gets you thinking. If they are reading this, I apologise profusely for my suspicious and terrible thoughts. I needn’t have worried, as after a while we heard the male singing again. We were then able to get onto the stunning male which showed itself pretty well. I also got a few photos whilst it was perched out in the open. Fantastic!

Ian Lewington, the famous and brilliant bird artist from Oxford was also there. We had a little chat with him, which was lovely as I hadn’t seen him since 2010 when we were on the Isles of Scilly. He said that he was working on a new North America Field Guide, which will take over from Sibley. I’m looking forward to that come out in a few years. It was my 469th bird in the UK (on my UK400 list). I’m hoping to see my 470th this spring, as then it will be a countdown to 500, which I am sure will still take a few more years. Sylvia  Cantillans is not yet split on the IOC list from Sylvia inormata but is split from Moltoni’s Warbler, Sylvia Subalpina.