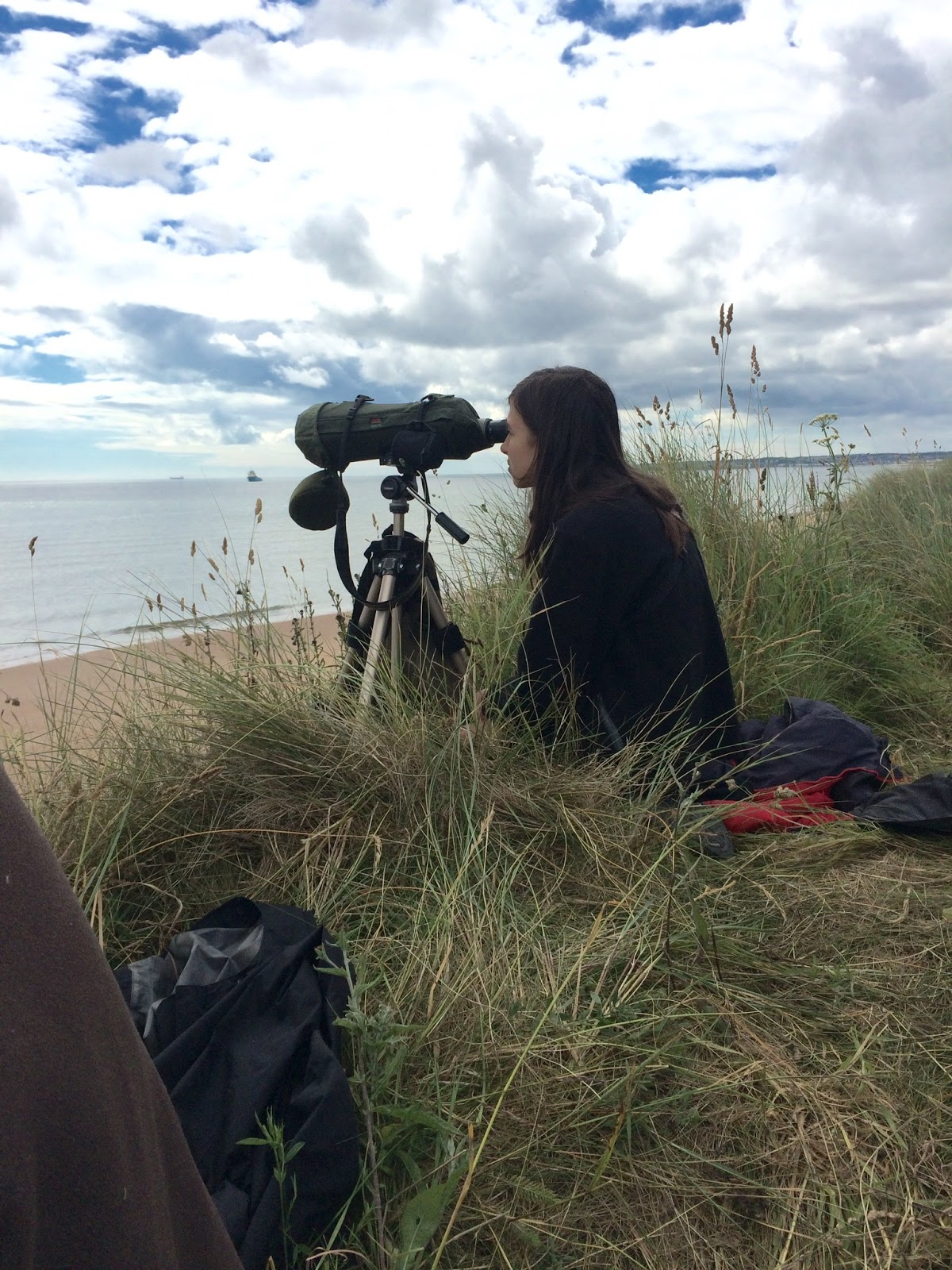 Sometimes we do a long distance twitch that is really fun, just because of the madness of the trip.  That was what this twitch was like.

I had an inset day on Tuesday 5th July 2016. That’s when school is closed for teacher training.

So rather than have a lazy day at home, we left home after school and Dad drove us to the Lake District. My Gran has a caravan here and it’s the perfect place to stay over and get a few hours sleep.

Early morning of the 5th of July, we set out for North Eastern Scotland.  It was 9 am when we arrived at Murcar, Aberdeenshire.  We were looking for an American White-winged Scoter, which had been around a while. However, we soon found out that it had not been seen that morning. Had it gone?  The next few hours were spent looking through the telescope, out into the sea, which was hard to do as it was difficult picking up the birds and identifying them.

After 1-2 hours, Dad eventually found the Scoter and we got reasonable views but not good enough to digiscope photos.  It was a really amazing bird to see, all the way across the Atlantic. It was another new bird for my British and World List.

After watching it for an hour, we had to leave and head home, via a quick stop at the caravan, where Dad got a have a power nap.