Orcusa, the stone monster, wants to destroy Birdgirl and her band of eco-warriors. Willow is the only girl left who can stop him. And she can’t see.

Our story begins when Willow tries to join the Ramshackles, a group of eco-warriors fighting for a better world. But Willow is not a warrior. She can’t fight. She can’t run and worst of all, she can’t see. When Willow is catapulted into the Land of the Wicked way she is lost and scared. She cannot get back until she finds Birdgirl. And it is Birdgirl who saves Willow’s life when she plunges over the Edge of the world. They become friends and Birdgirl teaches Willow how to fly. Then Birdgirl discovers her magic emerald has been stolen by Orcusa. She has lost all her powers and Orcusa is determined to destroy her and all the beautiful birds in the world. Willow and Mya-Rose share a thrilling and dangerous adventure as they hunt down Orcusa.

Birdgirl is ready to sacrifice herself in order to save all the birds. The only way Willow can save Birdgirl is to fight the most fearsome beast in the land. Both girls are doomed. But there’s one thing that Orcusa doesn’t know. Willow has a special secret. But will it be too late to save Birdgirl?

Saving Birdgirl is a fantasy adventure, but it also looks at issues relevant in our lives today. Willow helps to save a giant bee colony under attack and supports Martin, a drone, who wants to fly with the female worker bees.

Mya-Rose shows us what Venus has become, a dying planet under Orcusa’s rule. The same thing could happen to our planet if Orcusa isn’t stopped. It’s also a story about the power of friendship and how two brave girls work together to overcome fear and danger, and in Willow’s case, a severe disability.

‘It’s OK to feel scared, even the bravest heroes feel scared. I want my birds back; I want my world back. If we stop now, it’s over for both of us. I promise I will stay with you. Whatever happens, we’ll do this together.’

The last section of the book is a chance to meet the real Birdgirl. I feel very privileged to write a children’s book with Birdgirl as my central character. She is the youngest person ever to see half the world’s bird population. Mya- Rose is a real eco-warrior who stood on an ice floe in the Arctic Ocean, leading the most northerly climate protest ever undertaken.

She is a great role model and a fantastic inspiration for the young people of our world today.

Saving Birdgirl is suitable for family reading and in the classroom, aimed at the 8-12 year age groups It is available on Kindle and in paperback. 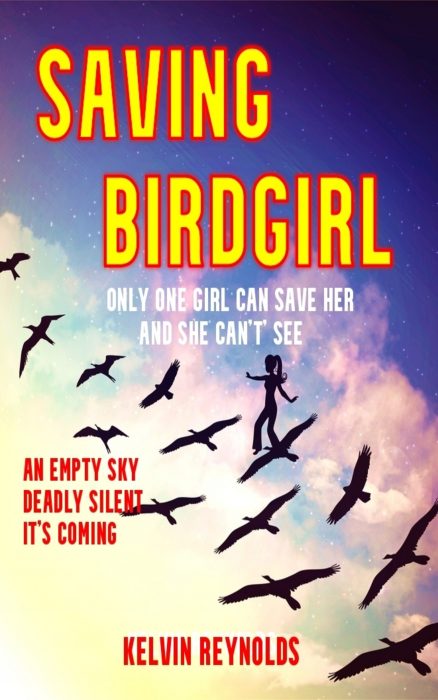