In the November 2015 edition of Birdwatch Magazine, the Birders’ Choice Awards 2015 were announced and I had been nominated in the Best Blog section.

I was up against lots of amazing bloggers and conservationists and so although I had no chance of winning, it didn’t matter as being nominated in the awards alongside the world’s biggest bloggers was winning. 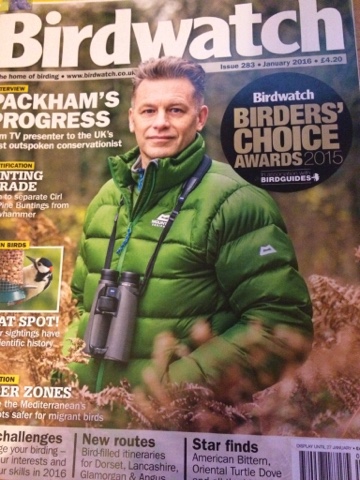 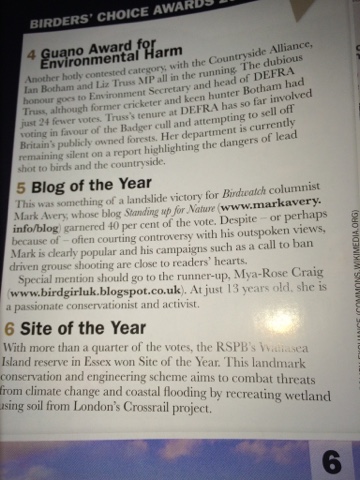 In the final awards, Mark Avery won by “a landslide victory” with 40% of the vote as he is not afraid to speak out in his “Stand up for Nature” blog again bird persecution.

I was really proud to get this shout out:

“Special mention should go to the runner-up Mya-Rose Craig. At just 13 years old, she is a passionate conservationist and activist.”

I can’t ask for more than that praise and recognition for what I have been trying to do. All I want is to make a difference and get my message through to people who might not be engaged in nature otherwise.

Thank you so much to Birdwatch Magazine for nominating me, my parents Chris and Helena Craig and sister Ayesha Ahmed-Mendoza for making me believe in myself, Steve Hale, Avon Birding, Gary Prescott, Biking Birder, for supporting me day after day and everyone who voted for me.
Thanks to everyone who has been reading my blog from around the world and especially as I am now approaching my one millionth view.