On 5th September 2015, I spoke about Spoon-billed Sandpiper in Bangladesh and World Shorebird Day, which I’m an Ambassador for at the OBC AGM. 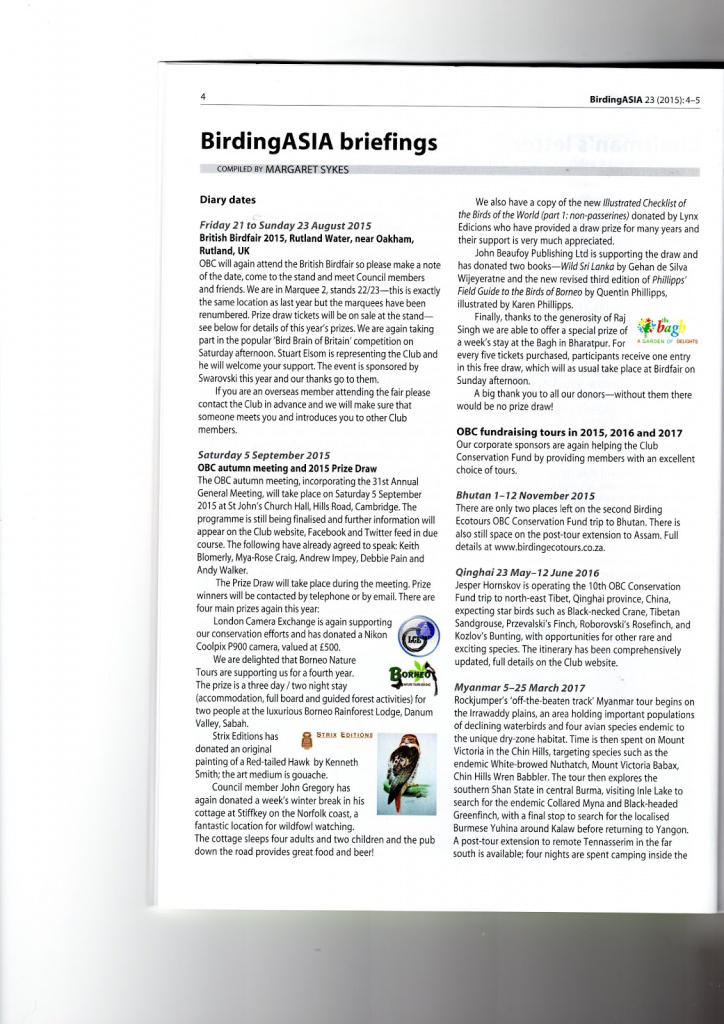 I talked about my trip to Bangladesh in February, where I did a Spoon-billed Sandpiper survey (19 birds recorded) and how as a British Bangladeshi I managed to get the top Bangladeshi Newspapers and TV Stations to report on my visit and the importance of these birds to Bangladesh. 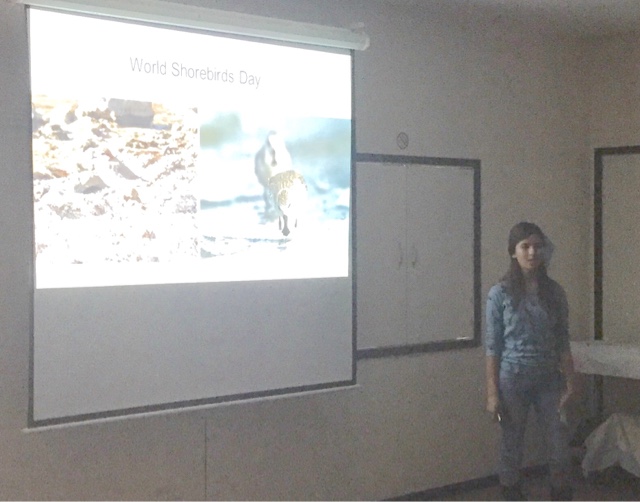 The Oriental Bird Club (OBC) is a UK based organisation with members around the world. Their main aim is to help conserve birds in Asia. They help with the funding of projects, like this grant for training young Bangladesh Bird Club Members to ring (with the emphasis on waders so that in the future they can ring Spoon-billed Sandpipers) http://orientalbirdclub.org/bertram-smythies/
This year’s OBC AGM took place in Cambridge on Saturday 5th September 2015. 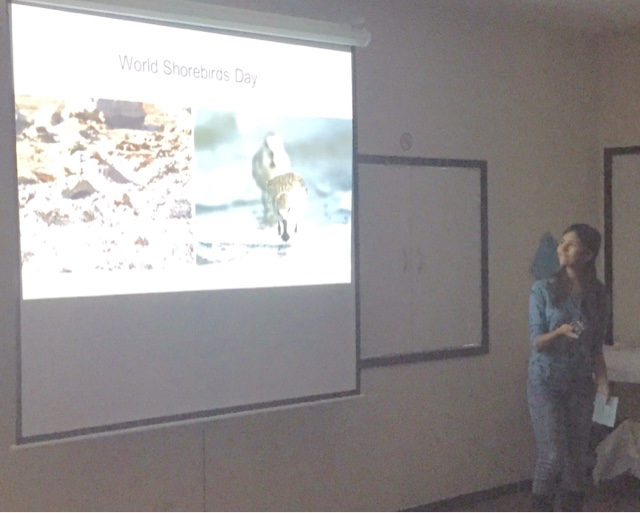 China’s Grippers – a talk on the most sought-after birds of China by Pete Morris (Birdquest Leader)
Baer’s Pochard: responding to a critical situation by Dr Debbie Pain, Director of Conservation, WWT
In search of the endemic birds of Taiwan – by Andy Walker
Restoration of Indonesian rainforest – sustainable model or Government whim? by Andrew Impey, Head of Global Habitats, RSPB
Videoing around the Philippines by Keith Blomerley

I was particularly interested in the Baer’s Pochard talk, as the WWT’s Nigel Jarrett had already asked me to get involved, which I hope to do in 2016. It is close to my heart as they used to winter in Tangua Hoar, Sunamgonj, Sylhet, Bangladesh. My grandfather is from Sunamganj and I have a great-aunt who lives in Tangua. Apparently, he used to tell my big sister how beautiful it was there. My Mum and Dad saw 6 Baer’s Pochard there in Dec 2000 and I would like to see them back there again.

I loved hearing about trips and was interested in the restoration of rainforest on Sumatra, as I was keen to find out what can be done to overcome the issue of palm oil plantations.

As well to me, there were three young boys watching their dad who was one of the speakers and Andrew Walker who it was good to meet finally and who was under 40.
Andrew Walker’s talk and slides are on this link

Last year the AGM was in London and a group of Next Generation Birders (under 25) came. This year they were involved in the Spurn MigFest the same weekend, so couldn’t come. It would be good to get some younger people to attend next year so that they can get involved in Asian conservation projects.