November was an exciting month for me.
First, it started with this photo of me in Birdwatching Magazine. They had bought the photo of a child and nest box from an agency and I was really pleased that the magazine had chosen one of me…an amusing start. 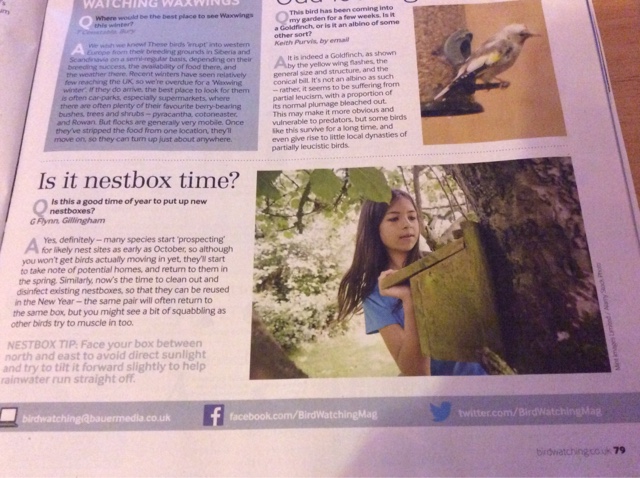 Birdwatching Magazine – November Edition Page 79
Then a local online newspaper, The Western Daily Press, picked up on my Chew Valley Gazette article about seeing my 4000th bird and being the youngest person to see this many. They interviewed me and published a piece online on 1st November 2015 https://t.co/o0MWldq6VS

Then, another local online paper, The Western Morning News, published an article online on 2nd November 2015 about my birding and seeing my 4000th bird

This was followed by a later online article about me in the ITV West Country News also on 2nd November 2015
https://t.co/uR3MFomHR6

This is the article published in the Metro Nationwide about me on 4th November 2015. It was really exciting as lots of people I know had read the article, not knowing that I was going to be in it (The Metro is a free newspaper distributed in cities including London and Bristol, particularly on public transport). 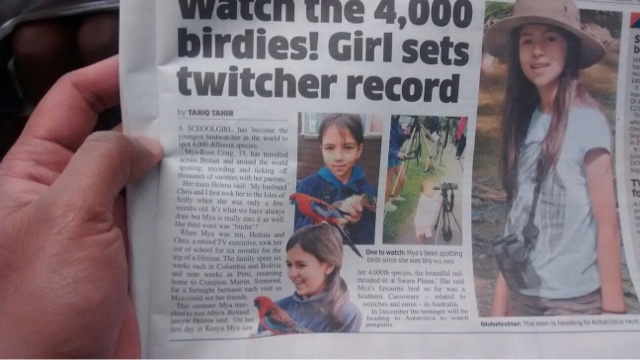 So this is another article in the popular National newspaper, The Daily Express, also published on 4th November 2015. 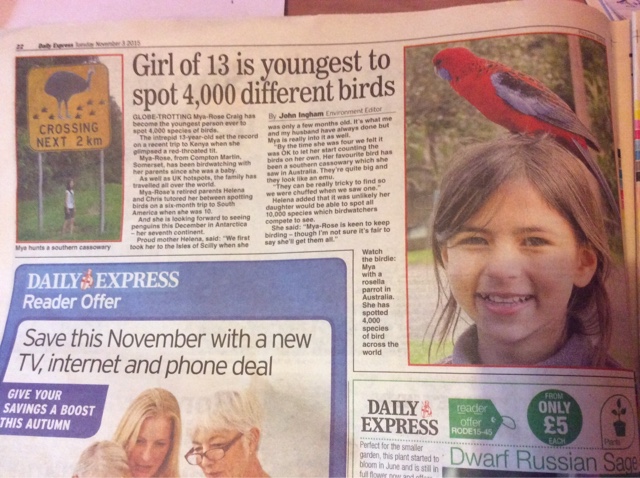 So this is another article about my birding, published in the weekly Somerset Guardian, on 5th November 2015 thankfully with more recent photos! 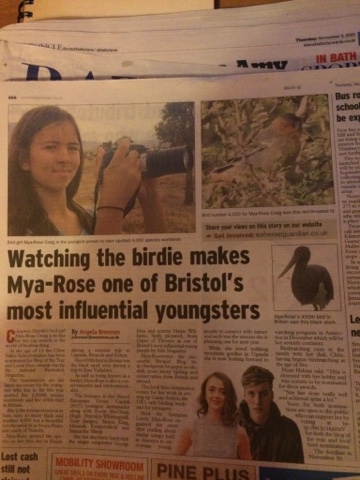 Finally, this is the article about me in the weekly Midsomer Norton & Radstock Journal on 5th November 2015. 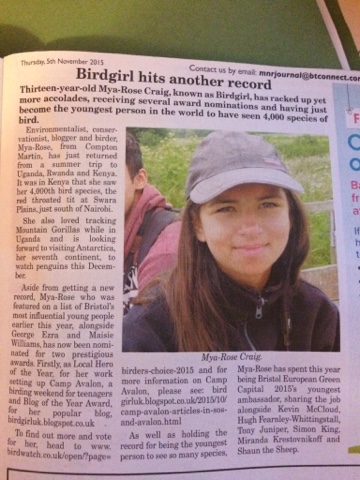 The Midsomer Norton & Radstock Journal
This blog post is about the huge amount of media attention that I had in November, about my seeing my 4000th world bird in the summer. It was a beautiful Red-throated Tit which I saw in Swaro Plains on my first day in Kenya. For me, it’s all about the birding and not about the number, but it was still nice to have lots of articles about me. Even if it catches the interest of a few people and they start birding, then it will have been worth it.

It was really exciting to find these articles and not know that they were being published. Thank you to everyone who sent their congratulations and let me know if you see anything else. Roll on 5000!