In June 2015 I organised and ran a camp for young birders and encouraged five ethnic minority teenage boys to come, which is something, not even the big conservation NGOs have managed. Camp Avalon took place on the Somerset Levels, based at The Avalon Marshes Centre.

As well as everything else, we did some fantastic birding on the Levels. We saw Great White Egret, Bearded Tit, Cuckoo and Bittern.
In September, The Somerset Ornithological Society (SOS) published an article in their Newsletter, The Bittern, about Camp Avalon. Julian Thomas and Brian Gibbs, the Somerset County Recorder, both SOS members helped during the weekend. The link to the newsletter is The Bittern but the article is below. 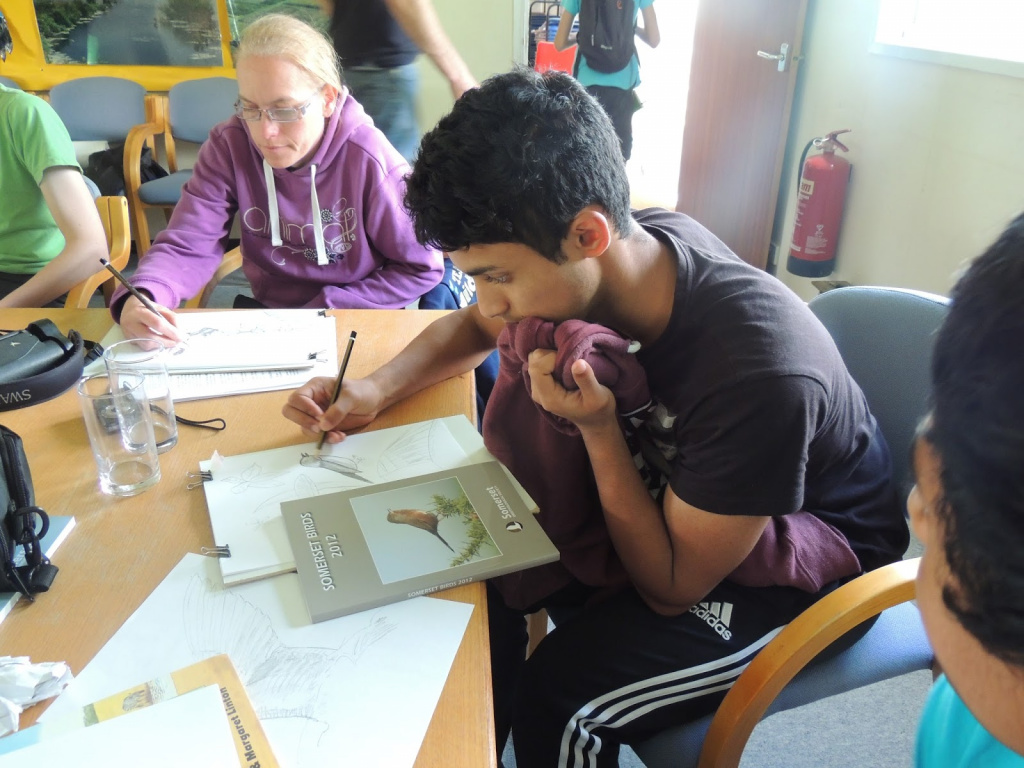 An the eternal question for all county ornithological societies is ‘Where are the next generation of birdwatchers coming from?’ Looking around the table at SOS committee meetings, it’s immediately obvious that the average age is higher than any of us would like (personally, I suspect, as well as looking to the future of the Society). Any initiative which encourages young birders is therefore definitely a good thing. So it is great to carry a report in this issue of the inaugural Camp Avalon, to which several SOS members gave their time, and which appears to have been a great success. It is the brainchild of Mya-Rose Craig (aka Birdgirl), who you may know from the BBC4 documentary Twitchers: A Very British Obsession. Now a few years older, though still only 13, Mya has not only built up an impressive world list, but also takes nature conservation (both here and abroad) and getting young people interested in birdwatching and all other aspects of nature very seriously indeed. Sounds good to me. 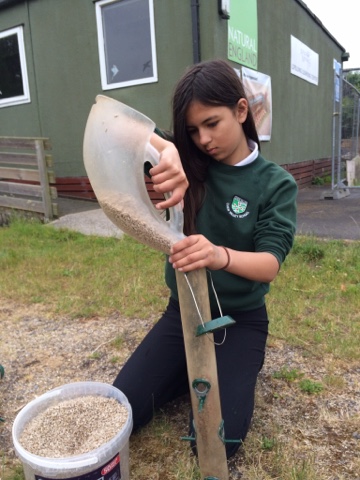 Mya-Rose
Craig reports on a new birding camp for young people In February, I was looking longingly at the details of Camp Colorado and Camp Avocet organised by the American Birding Association (ABA) for teenage birders. The idea is that over a week away on camp, young birders learn from experienced, well-known ones as well as make new friends and most of all enjoy themselves. 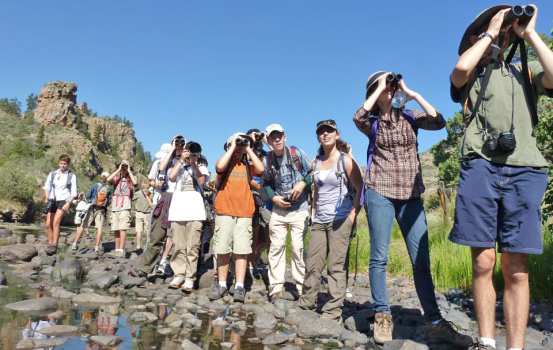 There was nothing here aimed just at teenagers and so I decided to organise a camp, Camp Avalon. Mum and Dad [Helena and Chris Craig] said they would help and I felt sure that some Somerset birders would help too. However, it would be just for a weekend and cheap, so that it was accessible. The Avalon Marshes Centre agreed that we could use their site for
free, I found a campsite nearby, and lots of birders with a wide range of skills and experience agreed to give their time unpaid. I then read an article by David Lindo in ABA Magazine, where he talked about ‘opening the door’ to nature to inner city or ethnic minority teenagers. Camp Avalon needed to be inclusive. I talked to people in Bristol and tried to overcome the barriers to these young people connecting with nature or coming to a camp like this.

The camp was over the weekend of 19–21 June and we had 14 attend, including keen young birders Ben Bond, Dan Burrows, Tom and Mia Carpendale, Tom Gale, Aiden Gregory, Lewis Mitchell, Thomas Weston and myself. Also, five black or Asian teenage boys from Central Bristol came, none of whom had ever camped.

On Friday evening, we met up at the campsite, helped get all the tents up and cooked dinner. Moni-e (pronounced mon-e-a) was the first person I had met from St Paul’s and was amazing. He luckily took over cooking from Mum and so we got to eat before going out mothing at Shapwick Heath with Bill Urwin. A few people were scared of moths but bravely stuck
around. 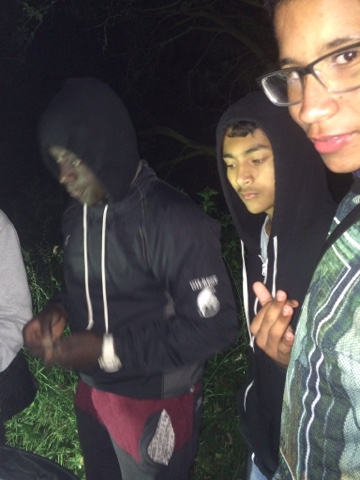 On Saturday, we all started early with a walk on Ham Wall RSPB reserve with brilliant Somerset birders Julian Thomas and Chris Griffin. It was fantastic to see so many species including 2 Marsh Harriers, 2 Bitterns, Cuckoo heard, and 2 Bearded Tits seen by Thomas. Back at the centre, we had sessions on world birding and conservation from Andy Mears, keeping good records and fieldcraft from Somerset Recorder Brian Gibbs, photography from Chris Griffin, Brian Gibbs and James Packer, sketching birds from artist John Gale, and after dinner Nightjars at Stockhill with Chris Craig, which were only seen by a few because of the breeze. 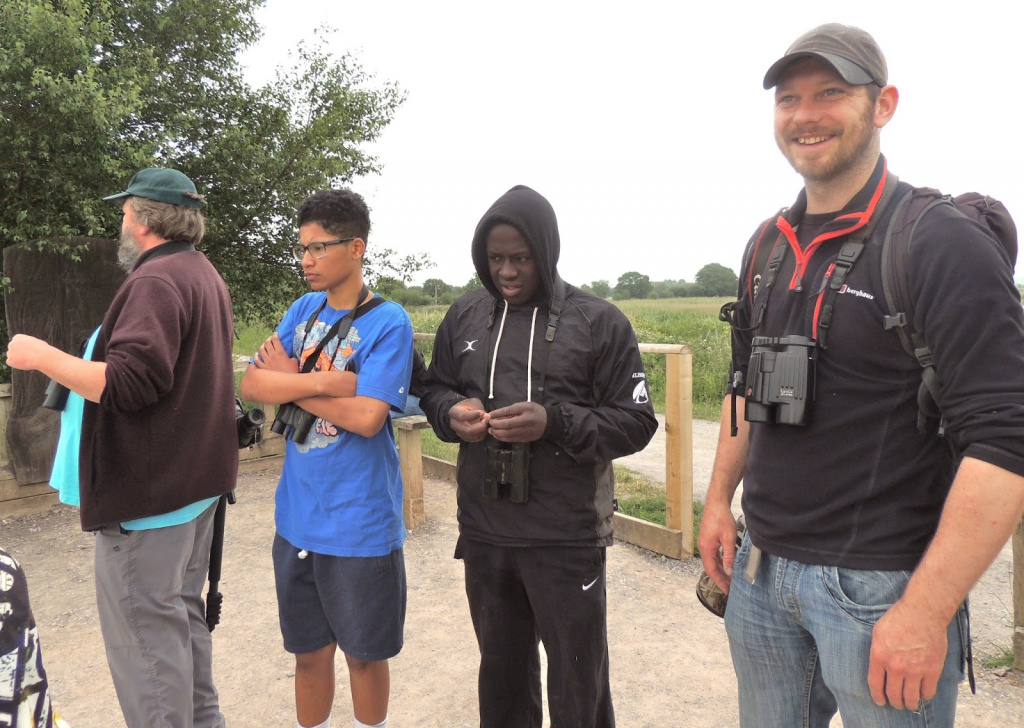 On Sunday morning, we started the day with Mike Bailey, Chris Craig and myself giving a ringing demonstration, with Mike then giving a presentation. Everyone was really interested in this session and I hope that those from the city will never forget holding a bird in their hands and letting it go. One of the loudest boys was scared of holding the birds but still had a go. After lunch, I gave a talk on World Shorebirds Day and saving the Spoon-billed Sandpiper followed by a really instructive bird ID walk on Shapwick Heath with Keith Vinicombe. 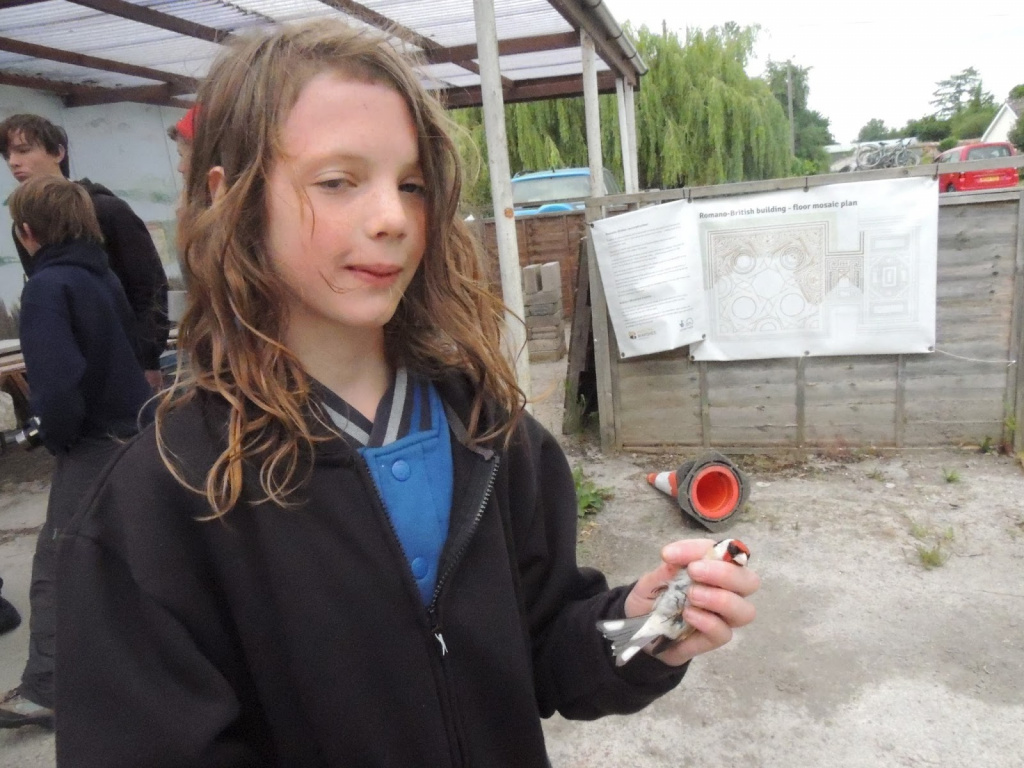 I had an amazing weekend along with all the young birders, but I hope everyone got something out of it that they will never forget. Thank you to all who helped.

Next year Camp Avalon will take place on 8–10 July and hopefully we will be able to make it bigger and better with lots more people helping with sessions as well as behind the scenes. 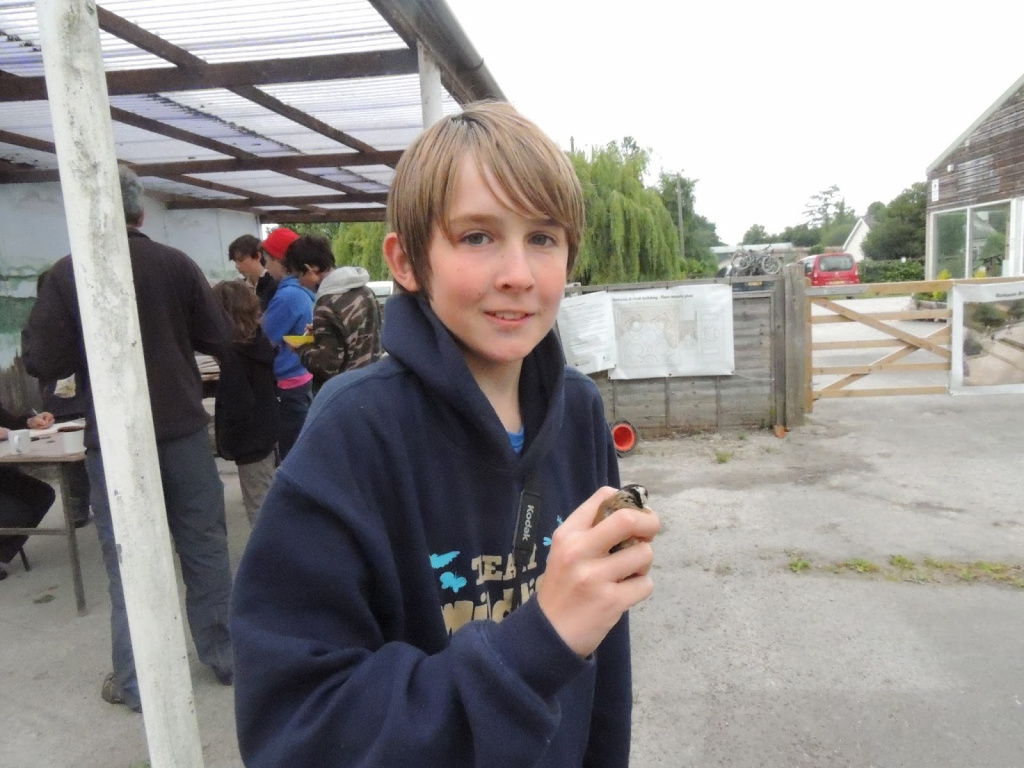 The Avalon Marshes Newsletter also published an article about Camp Avalon in their Apr-Jun 15 Newsletter:
We were joined on our biobliz by a group of teenagers organised by Mya-Rose Craig AKA Birdgirl on a young people’s birding and wildlife weekend called Camp Avalon. Camping at a local campsite and using the Avalon Marshes Centre as a base, as well as joining us for some of our activities, the children took part in sessions on bird recording and fieldcraft, bird ringing, photography, wildlife sketching and listened to talks on world birding and conservation.

The camp was attended by a wide range of teenagers from some of our Young Wardens who are experienced birders and mothers to teenagers from inner city Bristol who had never visited the countryside before. The event was a great success and we were very proud to support them and welcome new visitors to Shapwick. 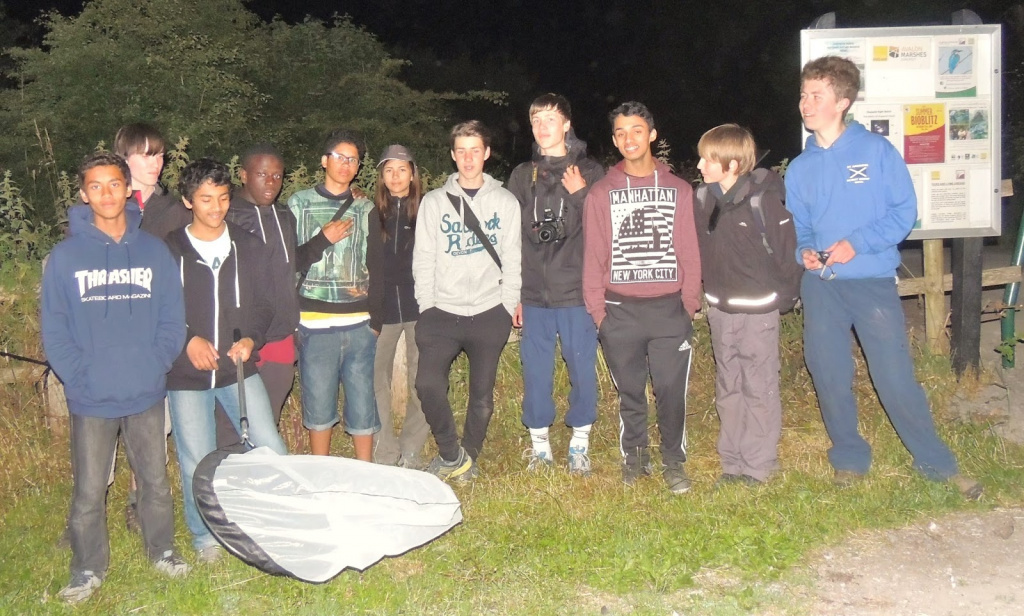