I live just south of Bristol, which is a fantastic place to live if you are interested in nature, green issues and especially nature filmmaking and TV. 25% of the world’s nature programmes are made here and lots of people involved in the industry live in and around the city.

There is a great exhibition at Mshed in Bristol until 1 Nov 2015 called Nature, Camera, Action! The Secrets of making incredible Wildlife films. It and the other events mentioned here are part of the events programme in support of this exhibition and also part of the Bristol 2015 programme of events, for whom I am an Ambassador. 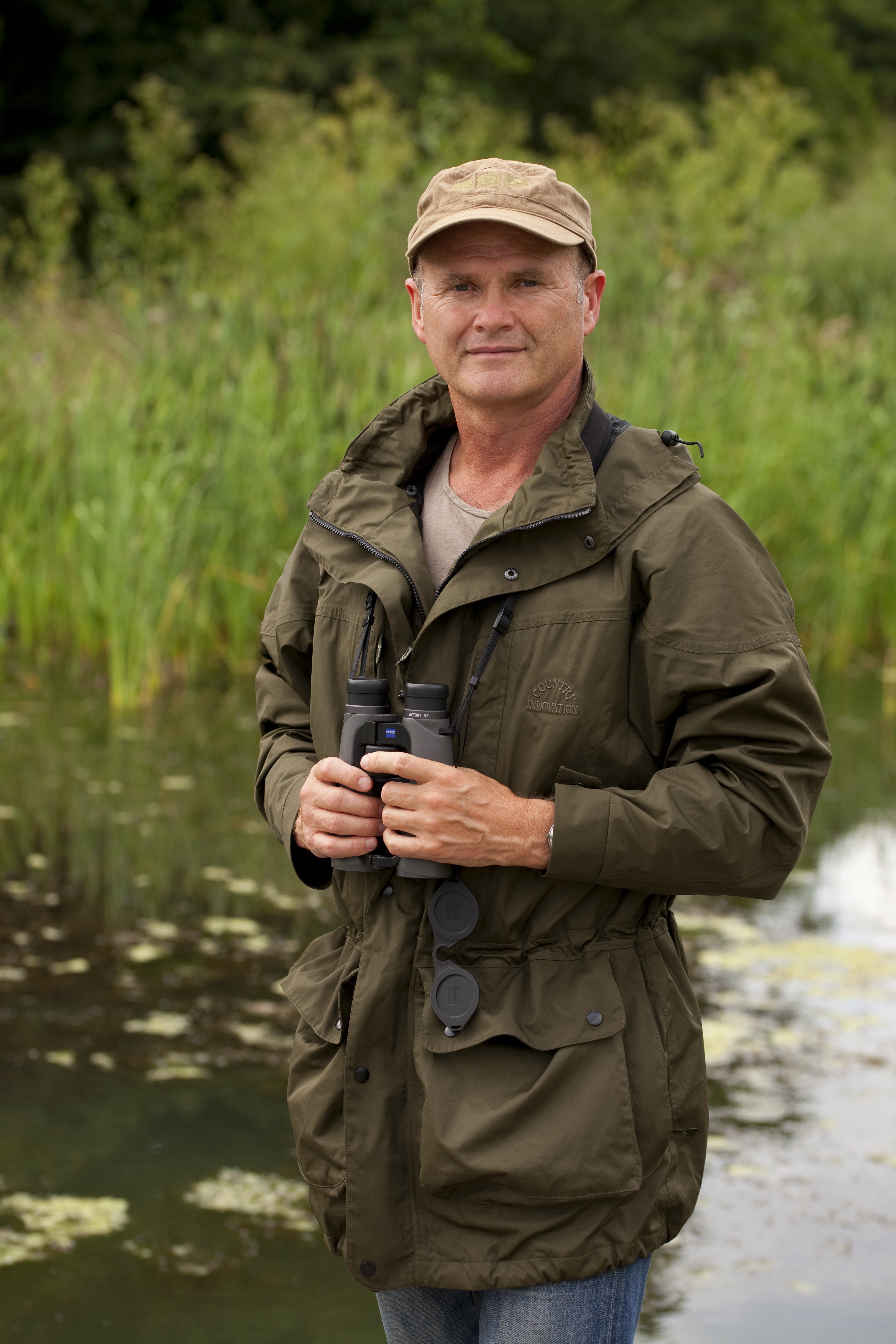 On 23 October, I had a day off school and so was able to go to all three of these events:

During the roadshow, I loved finding out about how sound is added to nature programmes; talking to Simon King and Doug Allan who are both legends; talking to Dani Godwin who I have met before and who is now with BBC Earth and to Billy Clarke, who works on the One Show and also meeting Anneliese Possberg who is doing a Masters at UWE and was really interesting. It was really inspiring to meet all these talented people. 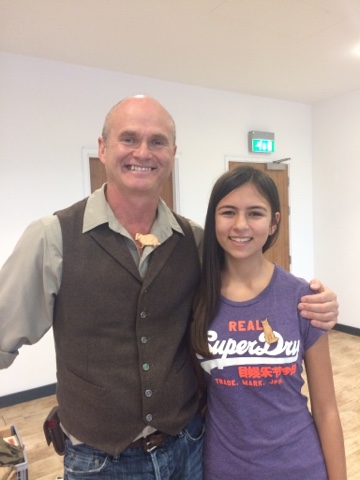 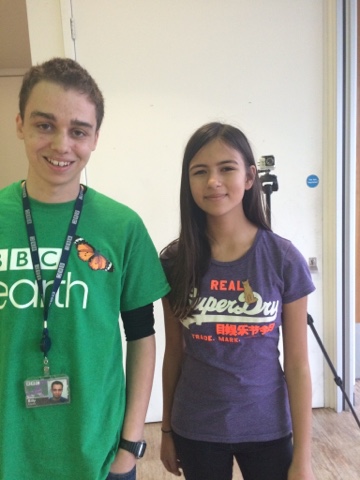 Billy Clarke, researcher on The One Show with Young Birder Birdgirl Mya-Rose Craig
Photograph taken by and copyright Helena Craig

The exhibition was fascinating – just looking behind the scenes to see how programmes were filmed.

We then popped out for some food before returning for Doug Allan’s talk. I think he is incredible at diving in Antarctica where the water is so cold. Mum and Dad know him but it was great for me to find out more about how he works. It was a brilliant end to the day. 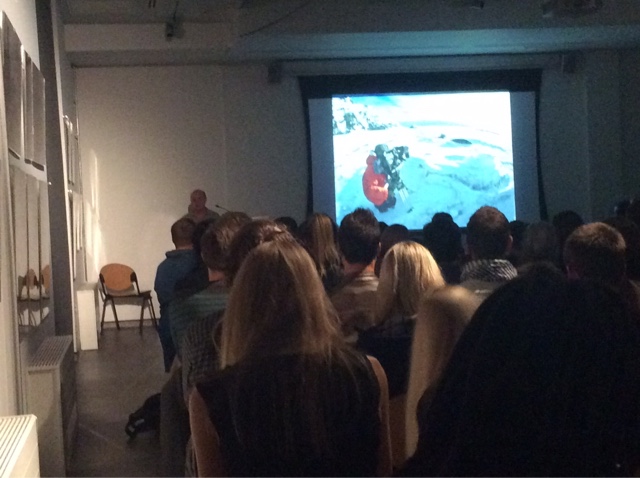 Ever wanted to know what’s involved in making incredible wildlife film and TV? Are you a future star of the industry?

This activity uses technology commonplace at the BBC. As you read your script, you will appear to viewers to be in a totally different location – perhaps deep underwater with sharks… Good luck!

The art of Foley! Paul will demonstrate some of the sounds made with natural history props, and then you can have a go yourself… It might even be recorded and played back with a film clip, so you can see how well you’ve done.

Simon is a Naturalist, Author and Broadcaster and is well known for his presenting work on popular series such as Big Cat Diary, Springwatch and Autumnwatch as well as his series Simon King’s Shetland Diaries. Here you can talk to him about his work and the programmes he’s presented, and buy signed books and calendars.

Join producer Rob Pilley on a highly interactive stall where you can get up close and personal with the SpyCreatures featured in the BBC TV series ‘Dolphins – Spy in the Pod’ and ‘Penguins – Spy in the Huddle’. Rob will also be on hand to answer all your questions about how the programmes were made.

See a UAV (unmanned aerial vehicle, or Drone) that is used for filming aerial shots. Dani will be demonstrating her Foxwatch website and film. Bertie will be talking about his recent graduation and show his own film. BBC producers and directors will drop in to talk to visitors during the day.

Doug is a freelance wildlife / expedition/ underwater cameraman and photographer. Chat to him about any aspect of wildlife filming, and the kit and souvenirs he’s brought with him, including a polar bear tooth. Cards and copies of his book Freeze Frame – A wildife cameraman’s adventures on ice will also be available.

UWE’s MA Wildlife Filmmaking course gives budding filmmakers an outstanding opportunity to work with the BBC Natural History Unit here in Bristol, the ‘Hollywood of Wildlife Film’. Meet course leader Peter Venn, find out how the course works and the kinds of things students get involved with, and watch some of their final project films.

The deepest oceans, the coldest continents, the most fearsome animals – wildlife filmmakers and photographers have faced it all in pursuit of the perfect shot. Explore the challenges they face and the amazing kit they use in this exciting exhibition for the whole family.

Through films, objects used ‘in the field’ and lots of hands-on exhibits, Nature, Camera, Action! will highlight Bristol as the ‘Hollywood’ of wildlife filmmaking.

Visitors will be taken behind the scenes of programmes like Planet Earth and The Private Life of Plants to discover how filmmakers and photographers invent innovative ways to get up close and personal with their subjects.

Families can have a go at building bug houses, identifying insects from the sounds they make, trying on Polar clothing, camping out inside a hide, and creating a mini time-lapse movie. For those who dare, there is even a shark jaws photo opportunity and the chance to submit a short wildlife film for inclusion in the exhibition.

Nature, Camera, Action! The secrets of making incredible wildlife films are our flagship exhibition in support of the Green Capital programme of events. It highlights Bristol as a global centre for wildlife filmmaking within the international framework of this exhibition.

Nature Camera, Action! The secrets of making incredible wildlife films have been produced with support from the BBC Natural History Unit, BBC Earth and BBC History. Exhibition organised and toured by the National Media Museum, Bradford.

Doug Allan has been filming wildlife for over 30 years. If you’ve ever wondered how to approach whales underwater, avoid being eaten by polar bears, or stop your fingers from falling off from frostbite – come and listen to Doug’s stories.

He’ll also be signing copies of his book Freeze Frame – A Wildlife Cameraman’s Adventures on Ice.