Birdwatch Magazine’s Birder’s Choice Awards are the most prestigious in the UK.

Back in 2015 I was nominated for the Blogger of the Year Awards and came second to the high profile conservationist (and ex-senior staff at the RSPB) I was really pleased with that, especially as it was only my second year of blogging and I was still only 13 years old.

I was therefore stunned to be included in the 2019 award nominations in the Conservationist of the Year category. This is the most high profile category and was won by Chris Packham last year. This year was me with Greta Tunberg, Sir David Attenborough and George Monbiot. It was incredible to be listed with these amazing people and I was beyond excited and proud. I didn’t even know until someone tweeted me to say good luck and remind everyone that I was the only birder out of these three. I didn’t think that mattered, they had done fantastic work.

I didn’t expect anyone to vote for me and to ask seemed rude and inappropriate, taking into account who I was up against. 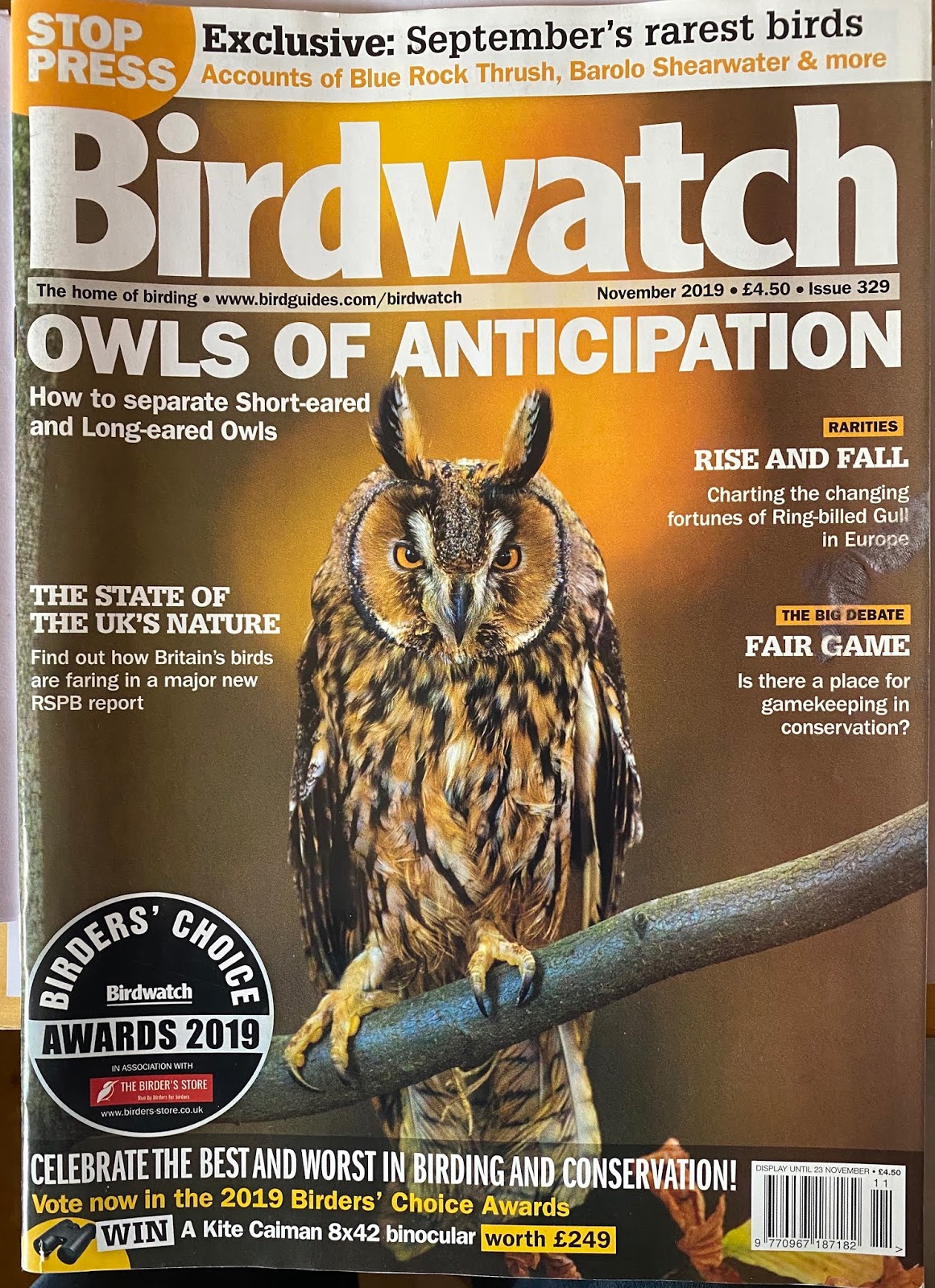 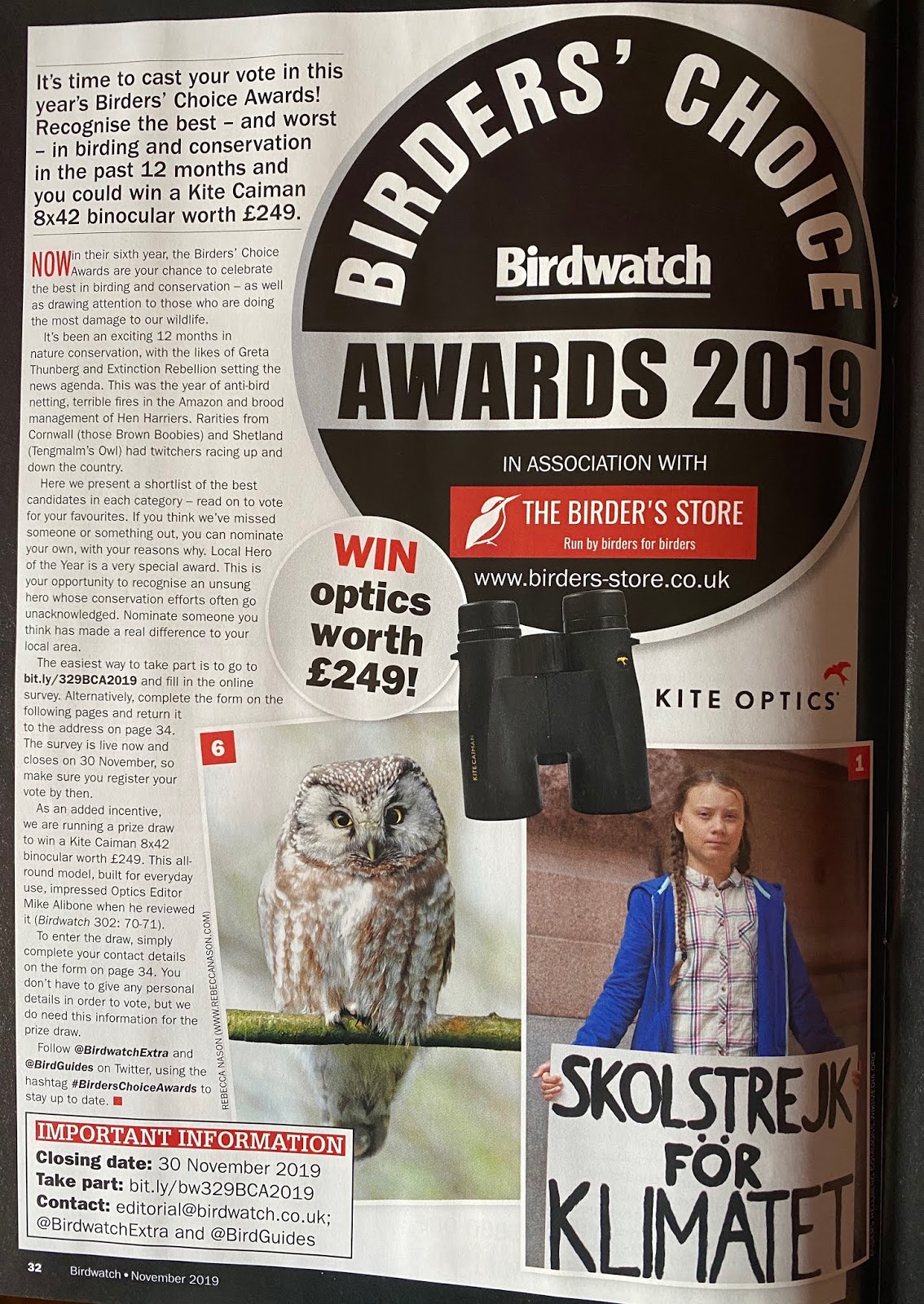 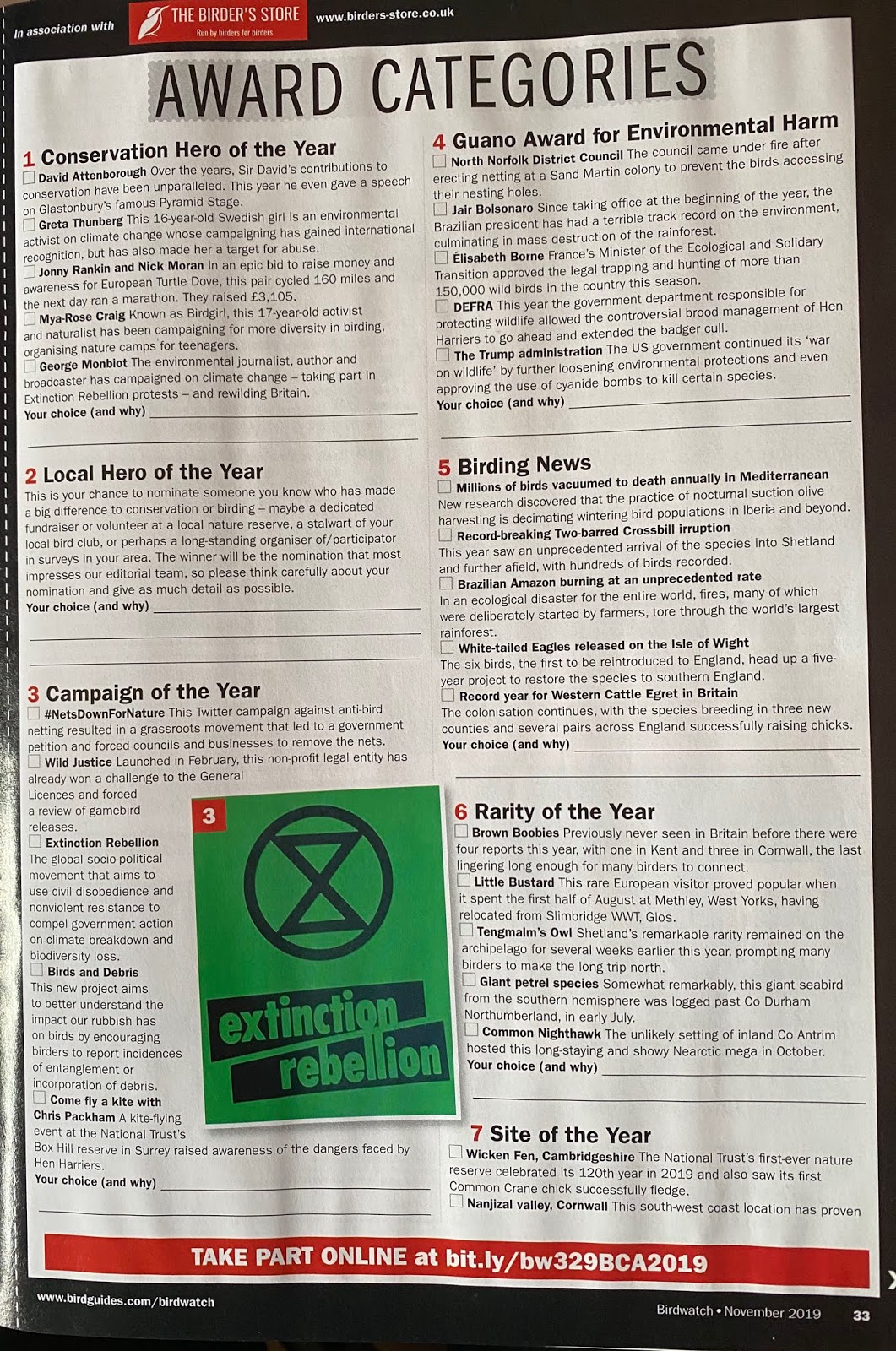 1.  Conservation Hero of the Year Mya-Rose Craig known as Birdgirl, this 17-year-old activist and naturalist has been campaigning for more diversity in birding, organising nature camps for teenagers 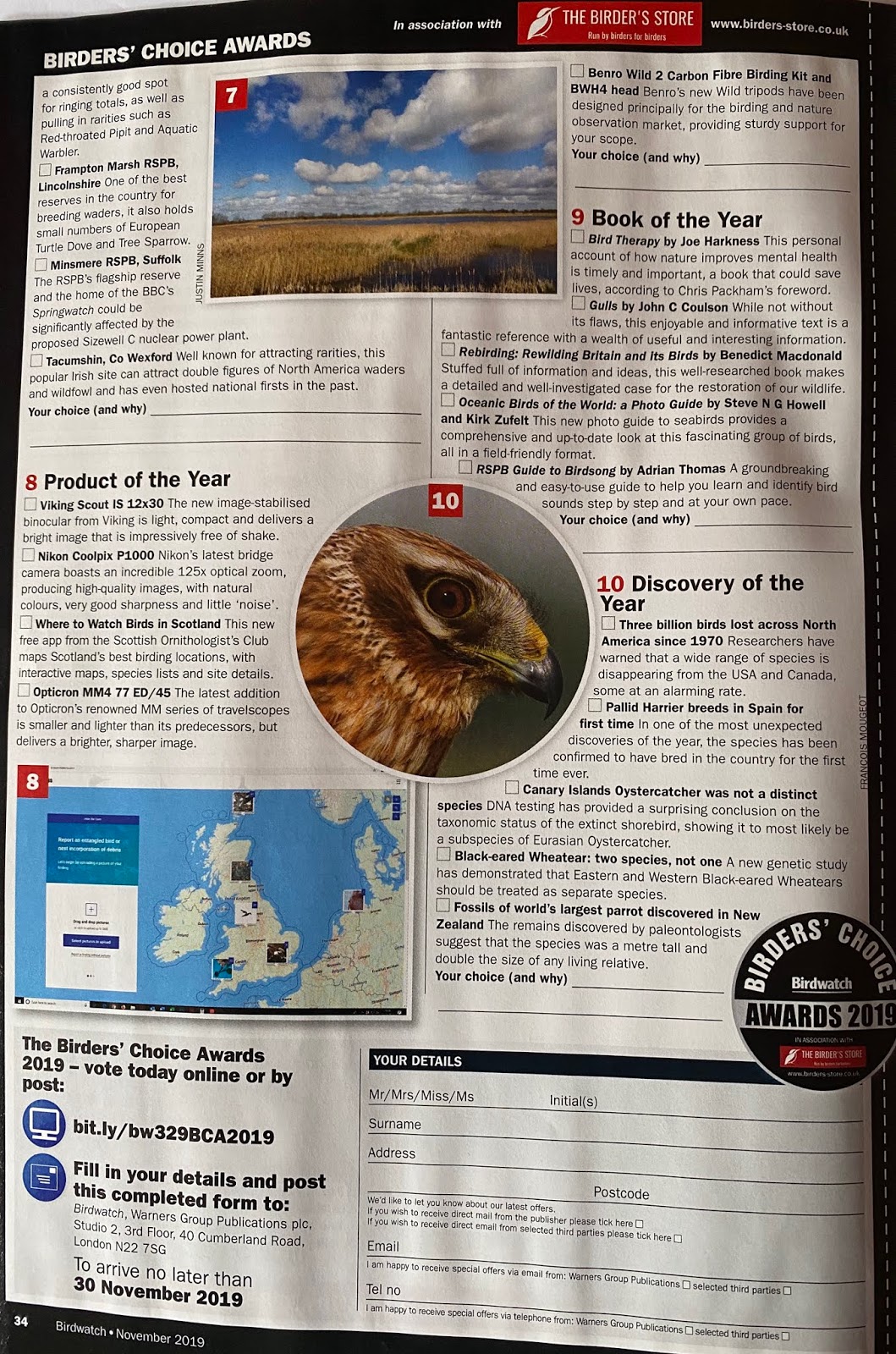 The results came out in January 2020. I hadn’t asked anyone to vote for me but I think some of my following in Bangladesh might have voted for me. As predicted and deserved, Greta Thunberg won the Conservationist of the year category but I was done as well as Sir David  Attenborough. “There really was only going to be one winner this year. While both David Attenborough and Mya-Rose Craig put up a good fight, Greta Thunberg took the honours with more than a third of the votes”. 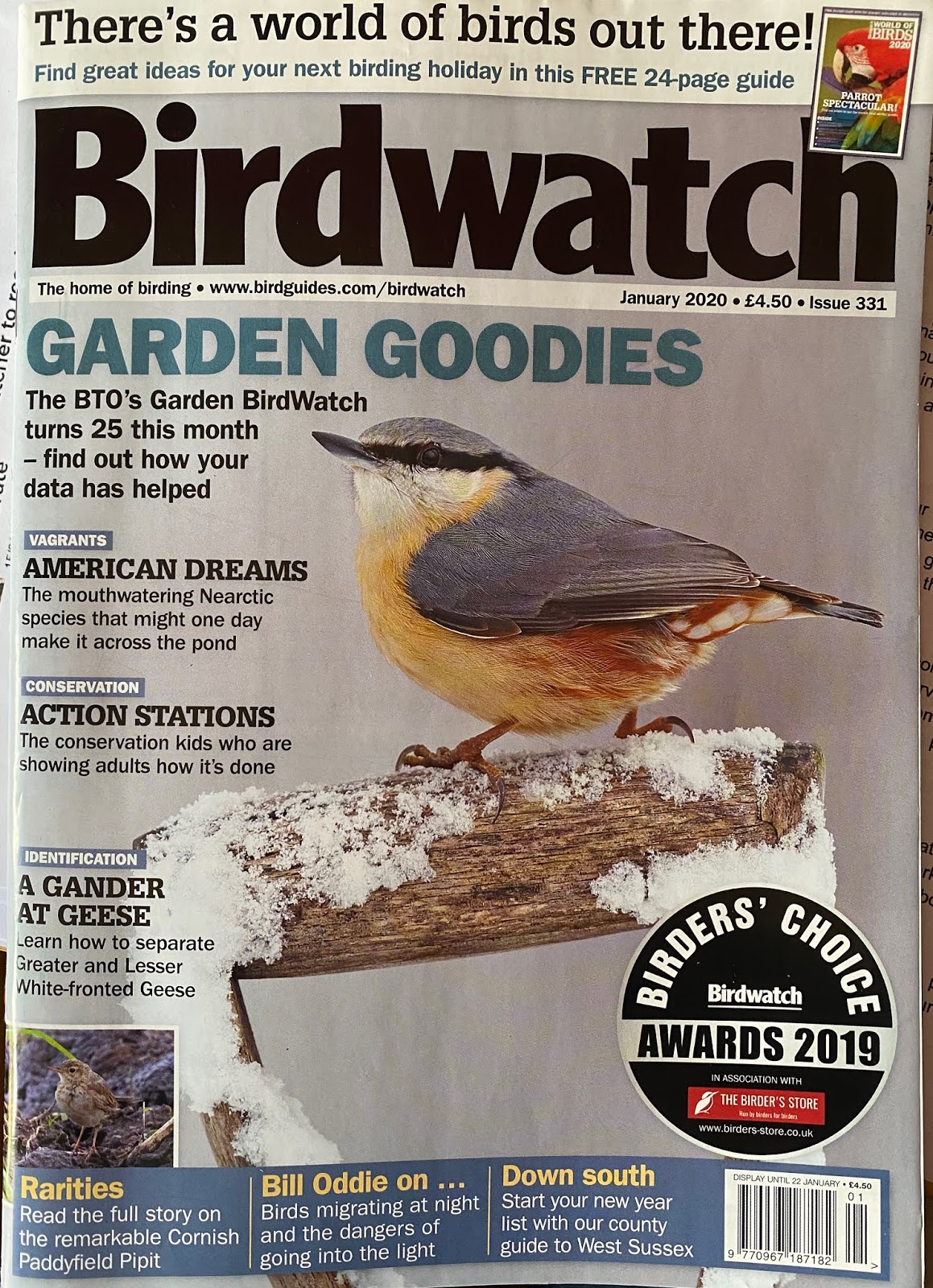 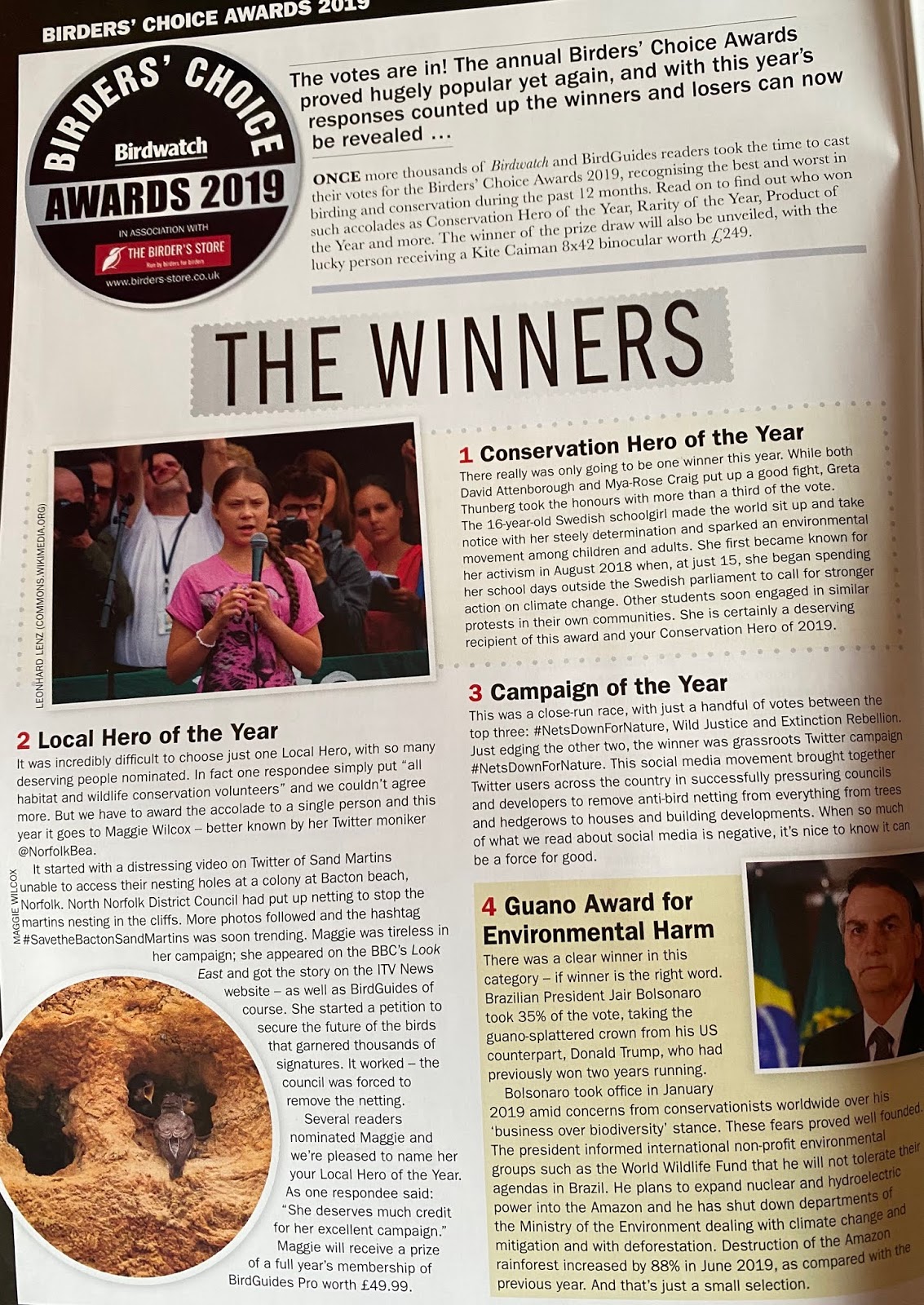 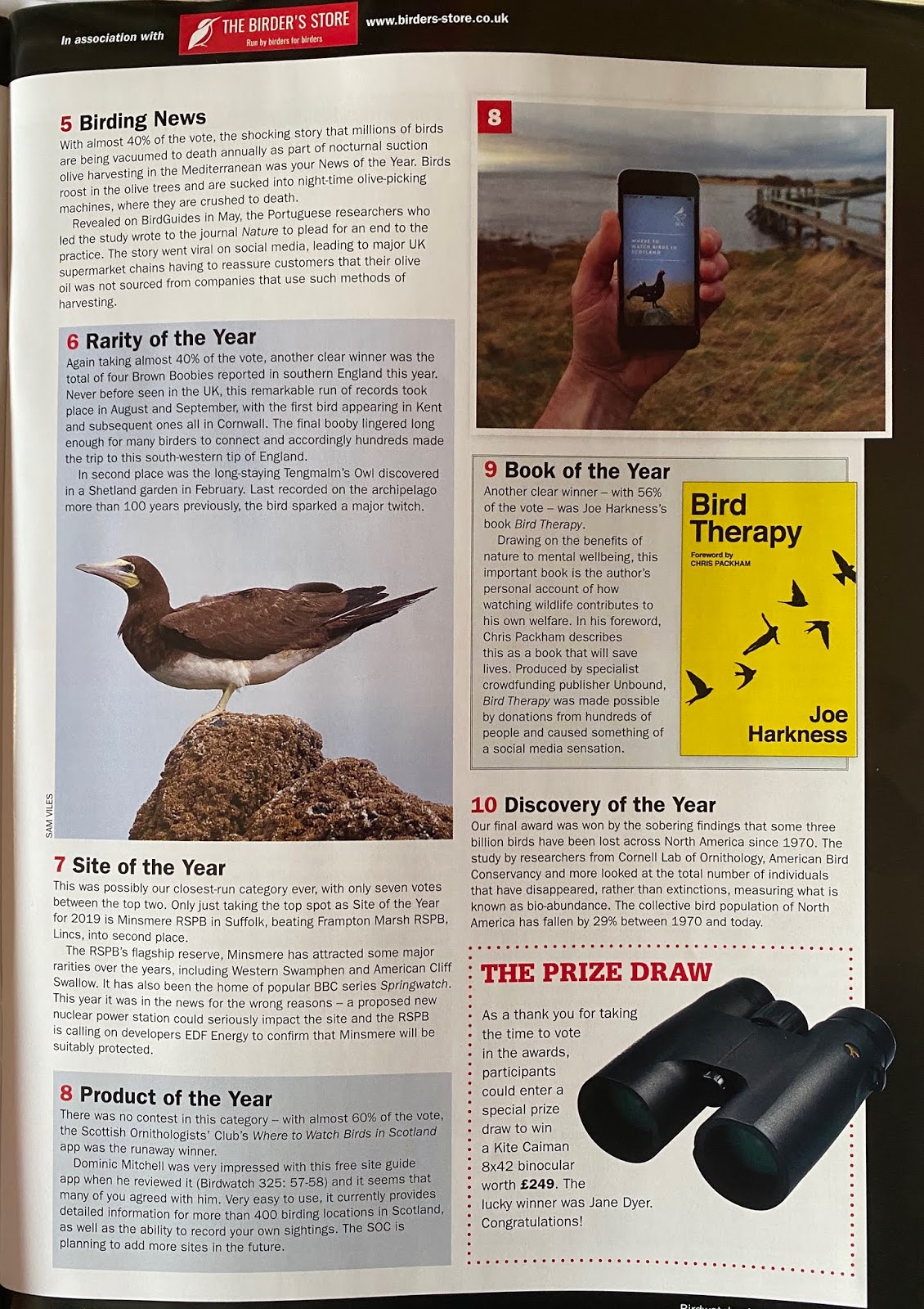