Being the Friends of the Earth Magazine Earth Matters’ Front Cover

Last December, Friends of the Earth UK asked me if I would be interviewed for their magazine. I do quite a few interviews so said yes, thinking nothing of it.

The following week, Friends of the Earth asked if their photographer could come down to Bristol and take a few photographs. They wanted photographs of me ringing, so I fixed for him to come the following Saturday morning to Chew Valley Ringing Station.

9.30 am Andrew McGibbon Friends of the Earth UK photographer with assistant

10.45 am Quick change of clothes from birding gear to trendy city clothes

11.30 am Shopping with my friend in Bristol’s Cabot Circus

When Andrew arrived, he told me that he was shooting for the front cover of their magazine. That didn’t phase me, as I thought he meant that I was going to be in a little box on the front cover with the other people being interviewed.

In January the magazine editor e-mailed my mum. She said that she just wanted to check a fact. I had said that I had been taken on my first twitch when I was 9 days old and she was just checking if it was meant to read 9 weeks or 9 months.  Mum had to e-mail back to say that I was right, they had taken me to the Isles of Scilly when I was only 9 days old to see a Lesser Kestrel!

I didn’t hear anything more until the end of January when Andrew tweeted me with a photograph of the front cover of the Friends of the Earth members magazine, “Earth Matters”.  I was stunned and embarrassed to see my face on the front of the magazine with my quote “beauty all around me”. Was that really me?

This was at a time when there were unpleasant things going on for me on Twitter, so this was amazing and made me feel above it all. The magazine hasn’t been posted out yet though so all I had seen was this photograph. 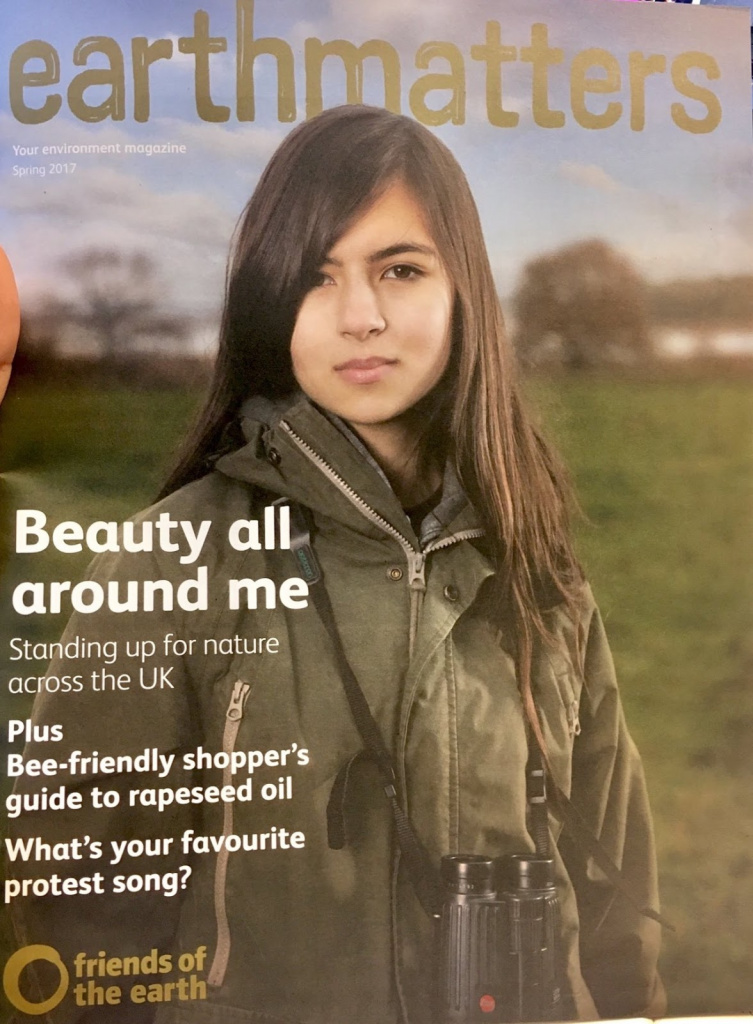 The whole of that was unreal in itself, but the next thing was even more unbelievable.

A couple of weeks later, I had a previously arranged meeting at the Friends of the Earth Head office in London with Paul De Zylva who is very senior there, to talk about Black2Nature and the environmental sector. First, I got to look around their fantastic and trendy offices which are in old printworks, with an igloo and treehouse for quiet and creative working. I definitely would like to work there and try it all out.

As we walked around the office, everywhere I looked there were 4-5 magazines spread out on desks and tables, all with my face on them, starting in the reception. There were also huge TV screens around the office, all with my face across them.  As we wandered around, staff did a double-take as they recognised my face but maybe didn’t know where from initially. I also got to see Andrew, which was lovely. He said he was really proud of my cover and the full-page photograph of my inside and said that he thought it was probably the best Earth Matters cover ever! As a teenager, I was of course hugely embarrassed, but when I actually picked the magazine up and saw it in real life, I suddenly felt really proud. 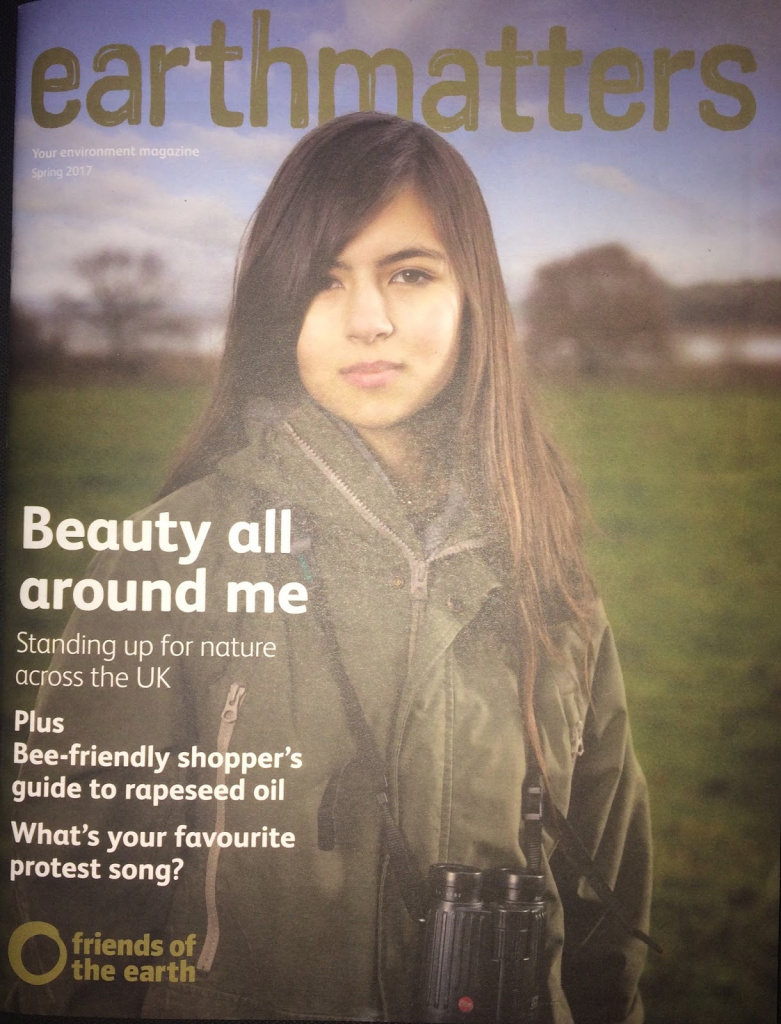 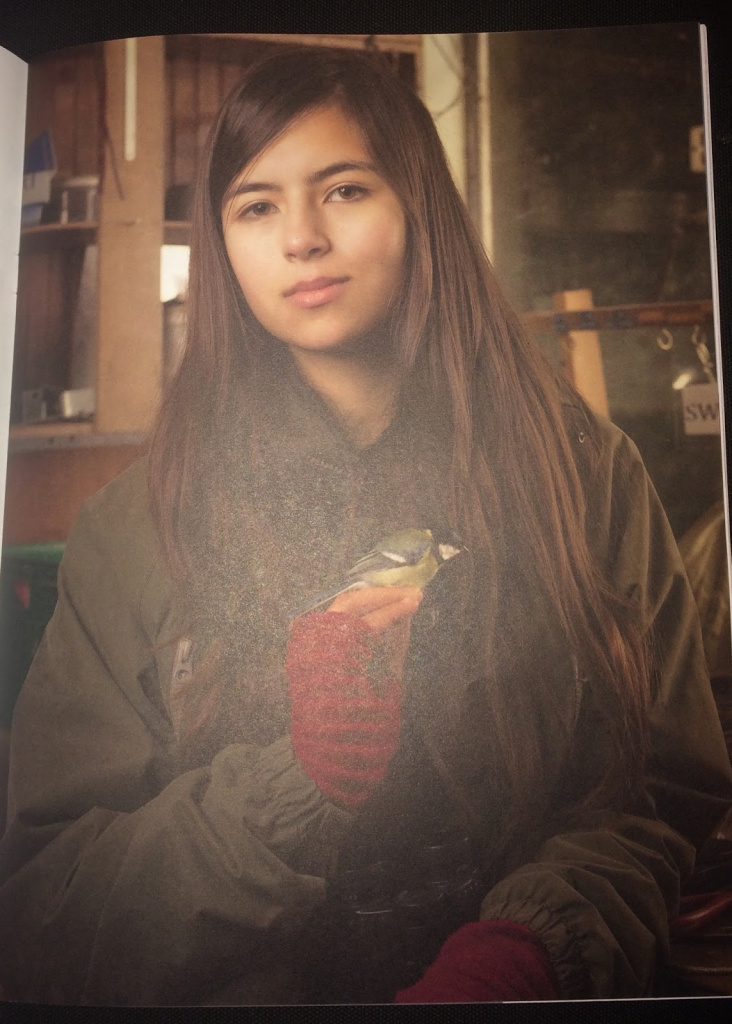 This is a link to an on-line shortened version of the magazine
bit.ly/2mFMfYt. 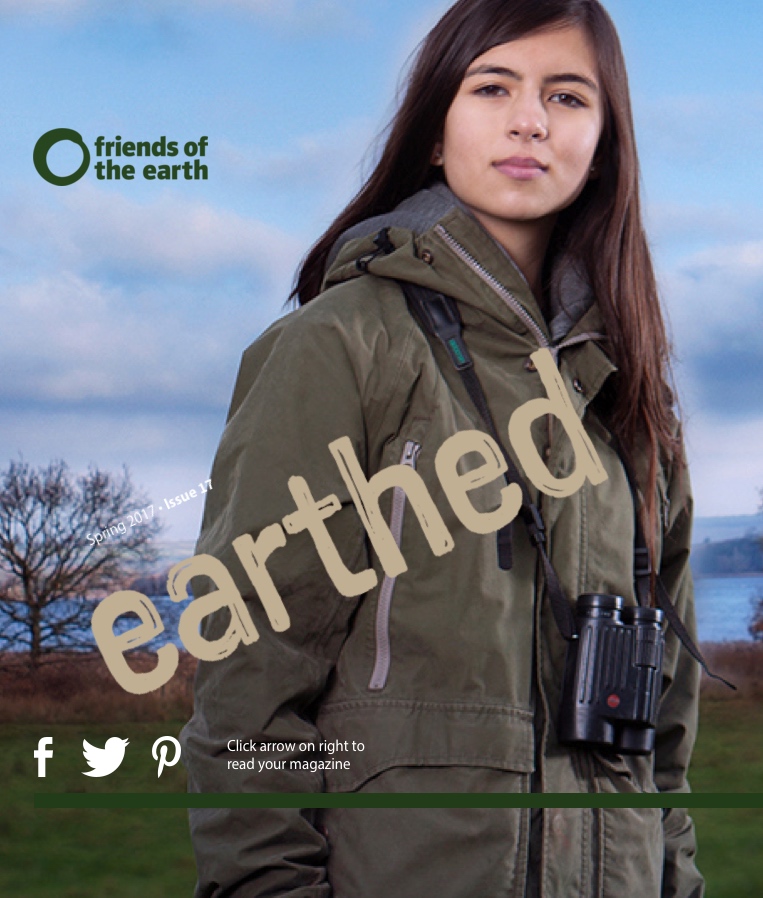 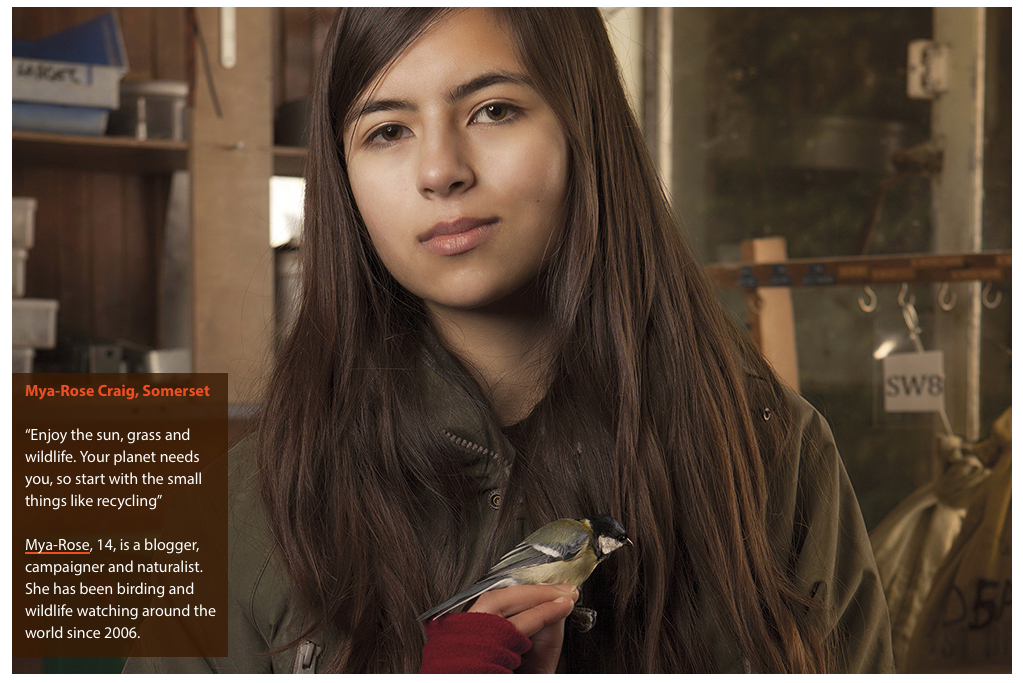