Autumn and the Persecution of our Birds 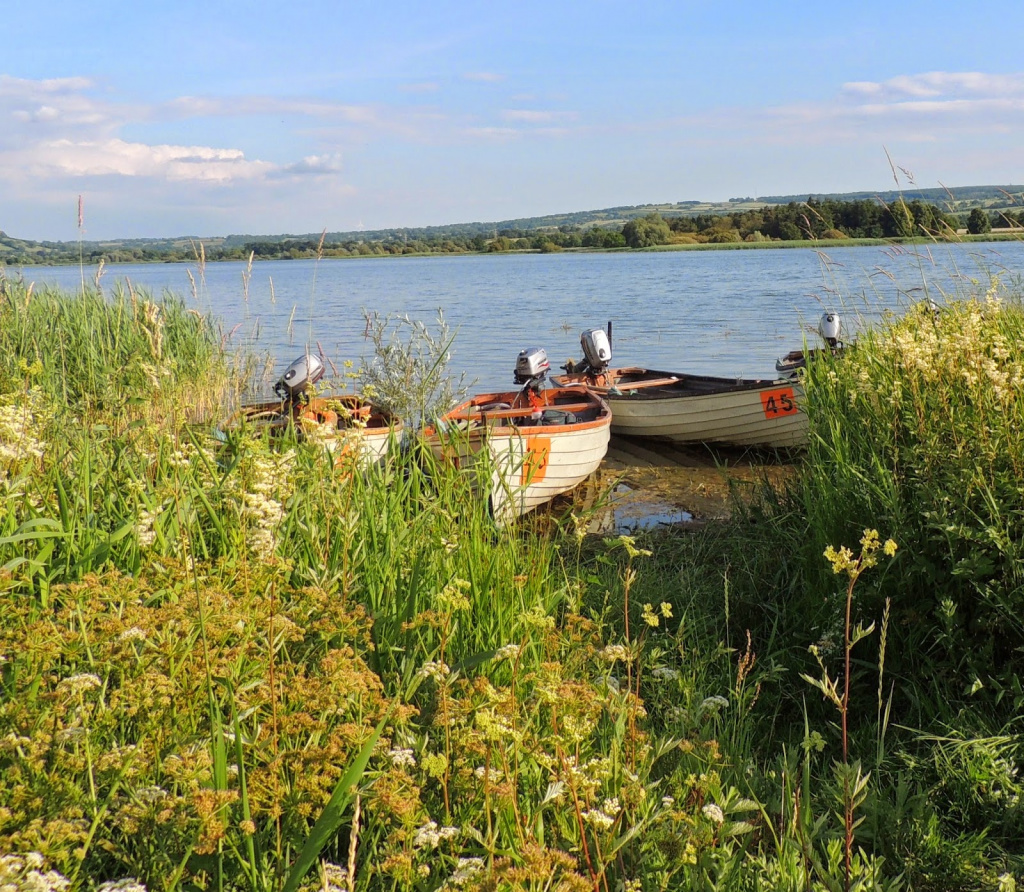 Autumn
Autumn is always one of the best times of year for birding. With birds migrating through or coming to stay for the winter, there are lots to see. This year has been a particularly good autumn for Chew Valley Lake, with lots of great birds. Whilst we were in Borneo in August, friends from our village, Compton Martin, saw an Osprey from the new glass hide and captured it fishing. They took great pride in showing me their photos, taken by their 8 year old Matilda, on her dad’s phone. I think that is what connecting with nature should be about and experiences like these are how both children and adults get hooked on birds; with some event (big or small) that they witness and never forget. Hopefully, Matilda will become a young birder as well. From September to October, there was a young Osprey at Chew Valley Lake that had not migrated to Africa yet. It stayed around for a few weeks, fishing in the lake, before finally heading south. There was also a Great Skua at the lake for almost a week, living off Coot. 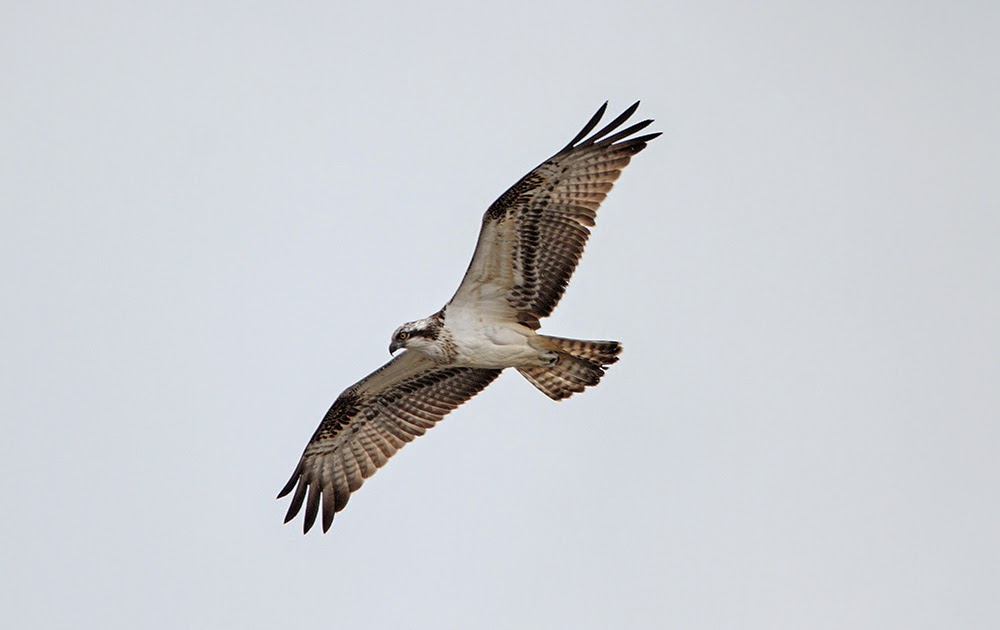 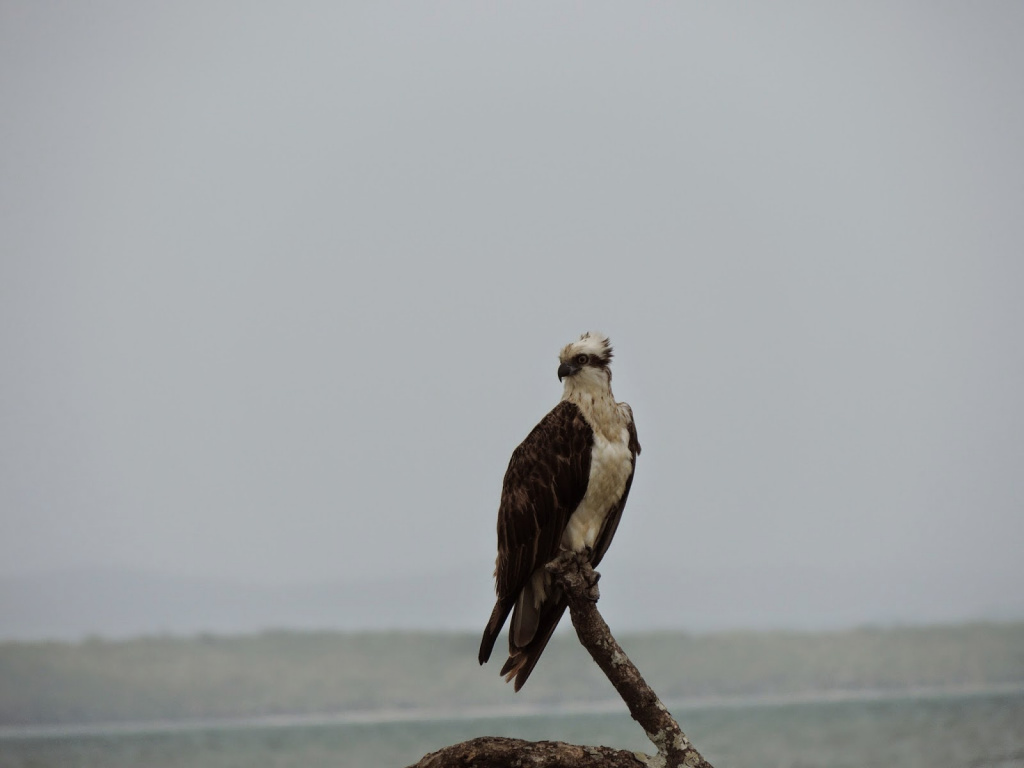 OK, I know it’s an Eastern Osprey but it is taken by me
at Hervey Bay, Queensland, Australia
Photograph taken by and copyright young birder Birdgirl Mya-Rose Craig

Persecution of our birds
A big rarity for the lake these days was a young Hen Harrier. These beautiful birds of prey are almost extinct as a breeding birds in England, because of illegal and sustained persecution on driven grouse shooting estates. That makes me feel sad and angry at the same time. The evidence shows that England could have 300 breeding pairs but this year we were down to only 3, which is absolutely appalling. There was a Hen Harrier Day organised by Birders Against Wildlife Crime in August 2014, with BBC Springwatch personality Chris Packham speaking, to publicise what is happening to these birds. Five hundred people attended but unfortunately, I couldn’t make it as we were birding abroad.

Mark Avery, a freelance conservationist, has started an e-petition for the banning of driven grouse shooting on the basis that these estates can not co-exist with Hen Harriers and other wildlife and are at the heart of their persecution. Things have got much worse on these grouse shooting estates. They have become part of big industry (now 150 estates) with artificially high densities of grouse that are incapable of living alongside wildlife. There are now 35 million birds on these estates. With these high numbers of birds, to keep the numbers up, the estates kill everything that is potentially a threat, including foxes, crows, stoats, and mountain hares in Scotland, as well as the illegal killing of birds of prey.

I have been a vegetarian all my life and believe that killing animals for food is wrong and unnecessary, but killing them for “sport” (whether you eat them or not) is archaic. I don’t care if you are Prince Harry or one of my neighbours; it’s still disgusting to kill animals for enjoyment. If you live in the UK, please sign Mark Avery’s petition and write to your MP.

In my area, there are more pheasant and partridge shoots but this still has a massive impact on the illegal persecution of birds like Goshawk. This has happened to the extent of also making Goshawk very rare.

Hopefully, there will be a debate in the House of Commons soon, which will publicise the issues to the public. I’m not hopeful that there will be a ban on these estates whilst we have our current government, as too many people with power are making money from them. Campaigners are working really hard but I wish we could do something more to save our birds. Maybe we can try stopping shoots with direct action, which will lose them money. Hunt sabbing worked by saving foxes and helping get a change in the law for fox hunting, even if that law’s not enforced properly.

Influx of rare birds
There was also an influx of rare birds all over the country. Many of the birds have arrived in the Shetland Islands. In September, we twitched Spurn for a juvenile Masked Shrike, which is a rare bird from South East Europe. It was the third one ever found in Britain. We twitched the first in 2004, when I was two, which I was too young to count. My older sister, Ayesha, could not go as she had a pantomime rehearsal she couldn’t miss. So three weeks later she and Mum got three coaches and four buses to north of Dundee. It took 48 hours but they luckily saw the bird on the very last day it was there.

When we went to see the Masked Shrike, on its second day, we saw it straight away along with most other twitchers. We were lucky as the views were much closer than the day before. 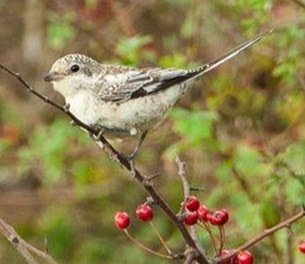 So as it was still early when people had got good views, birders started to spread out. That is when even more birds were found. The was an Olive-backed Pipit, then Great Grey and Red-backed Shrikes and Barred Warbler until there were about ten rare birds in one small area. We managed to see Red-breasted and Pied Flycatchers as well as Wood Warbler. We had to leave quite early as I had a pantomime rehearsal to get to myself! 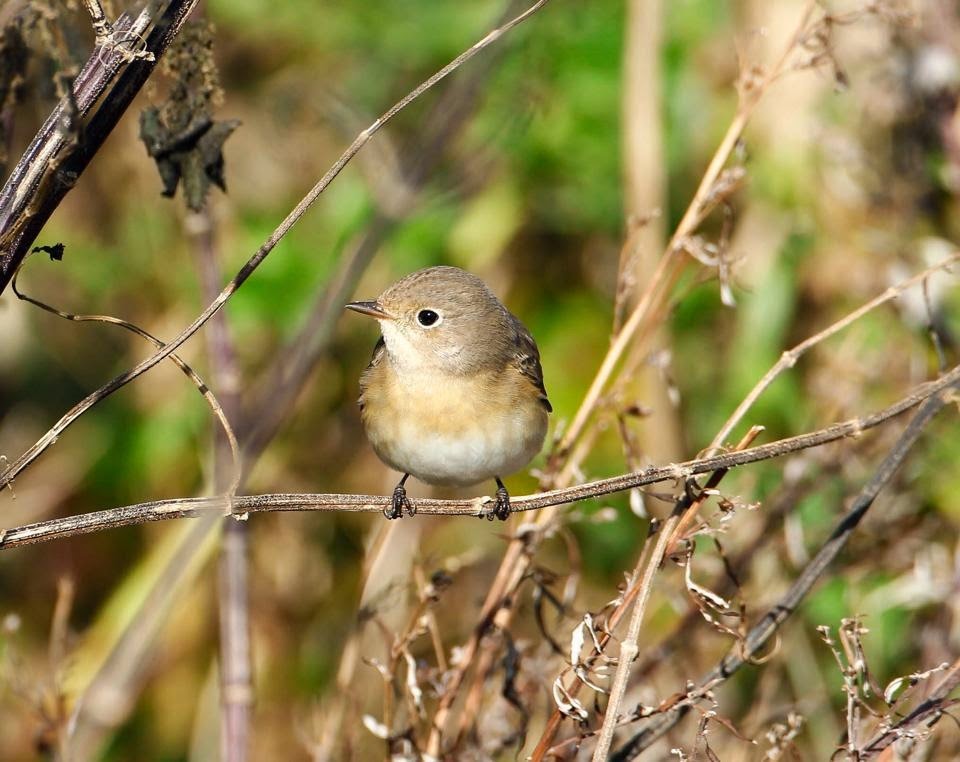 Red-breasted Flycatcher, this one seen at South Gare, Teeside
Photograph taken by and copyright Mark Rayment 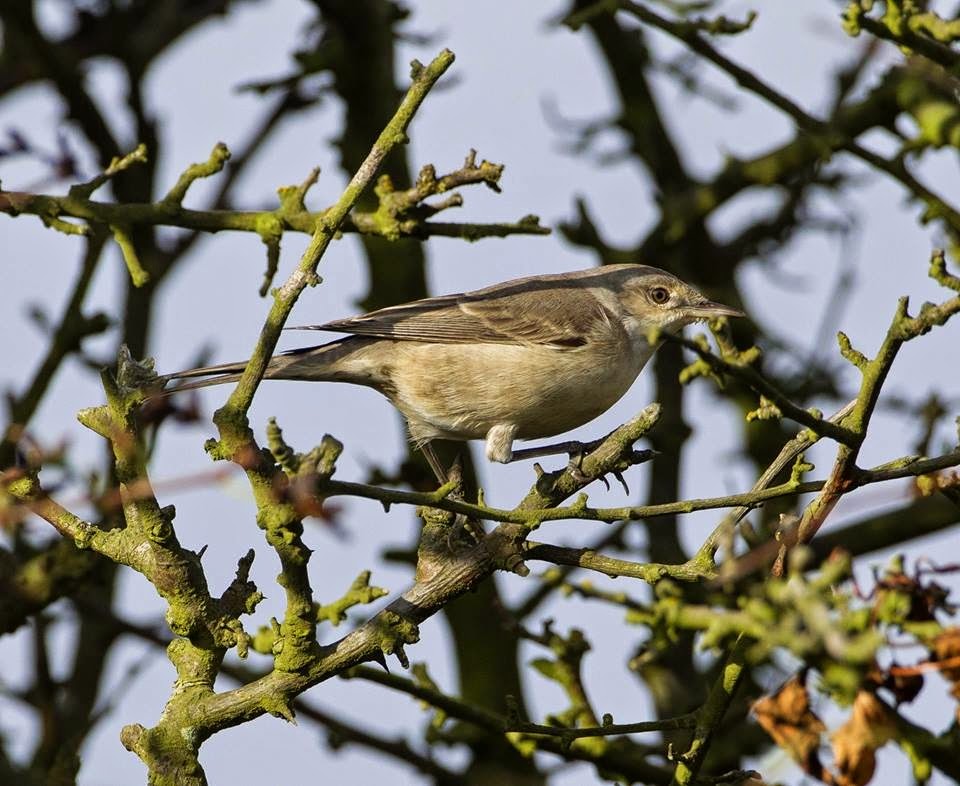 Barred Warbler, Spurn missed by me because of Panto rehearsal
Photograph taken by and copyright Mark Rayment

One of the reasons there were so many birds at Spurn is that it is a thin strip of land sticking out into the North Sea. Birds that get caught in easterly winds end up here.

Two weeks ago was half-term and at the very start, I was hoping for a rare bird to turn up. I was not disappointed! At 1.00 pm Mum received a text to say that there was a Yellow-billed Cuckoo at Porthgwarra, in the south of Cornwall. They are from America and this one was amongst an influx of American birds found that day all over the West Coast of Britain, after the fall out from Hurricane Gonzalo which had devastated Bermuda 5 days earlier. It was a new bird for me but Mum saw one in 1999 and Dad in the mid 1980s! Within twenty minutes we were on our way, arriving to be amongst the first crowd. After a long time of tense waiting, the bird popped up from a bush briefly, but long enough for me to see it well. It was brown on top, white underneath, with a long tail and yellow on its bill. 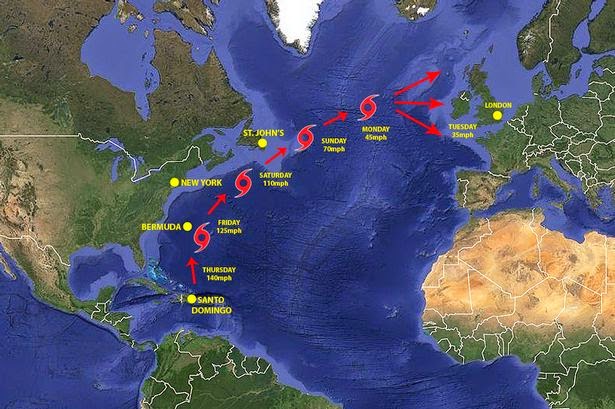 Unfortunately, we did not get good views again after that. Dad saw it briefly but Mum didn’t see it at all along with a whole load of people there. Fortunately, the bird was there the next day for those that needed it. I felt really lucky to be leaving with it on my British list.

It was nice to see Dan Pointon there, who lives in Bristol and is an amazing young birder and twitcher, the same age as my older sister Ayesha. He just drops everything, chartering planes and doing anything it takes (legal anyway) to get the bird. Mum got news on her phone of a Chimney Swift in the Western Isles whilst we were there. Dan didn’t have reception on his phone so borrowed Mum’s phone to call lots of people. He’d been up early for work but still managed to get the bird the next day. I need Chimney Swift but will have to wait until I’m older for that one.

World Wader Day
Now that it’s November, it is a particularly good time for winter thrushes, ducks and waders, which I am looking forward to. November 29th and 30th 2014 is World Wader Weekend. It would be great for birders around the world to join in and go out birding and report their wader sightings. There’s more information on the Wader Quest October Newsletter. 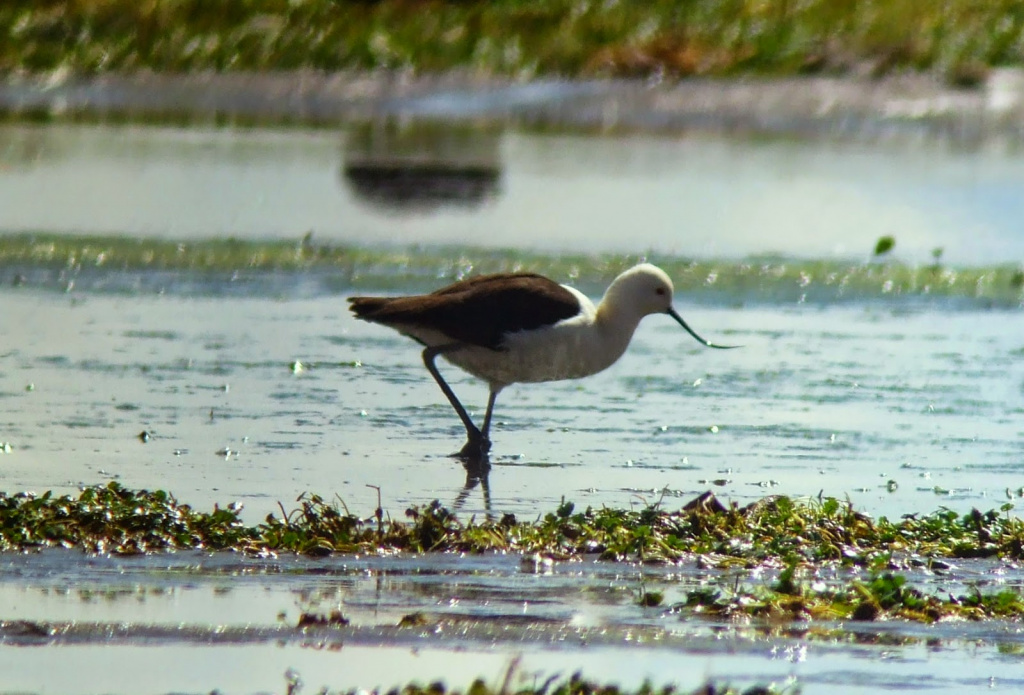