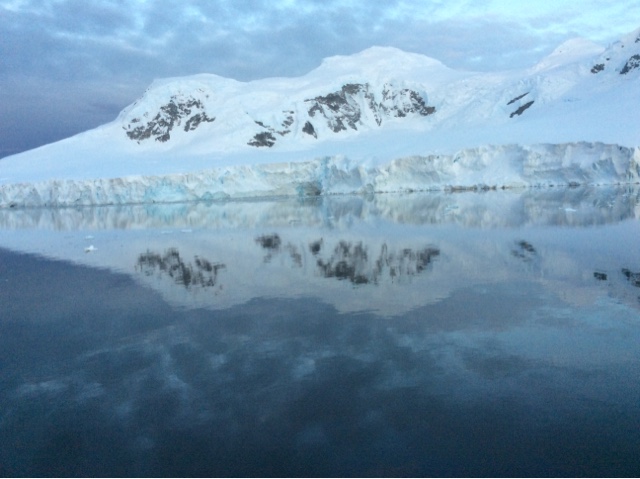 This morning I was woken up in my bivi camping at 5.30 am and was warm and cosy until I had to get up. We brought everything with us and took it all away, including waste. The first thing to do was to fill our trenches back up with snow, to make a minimum impact. 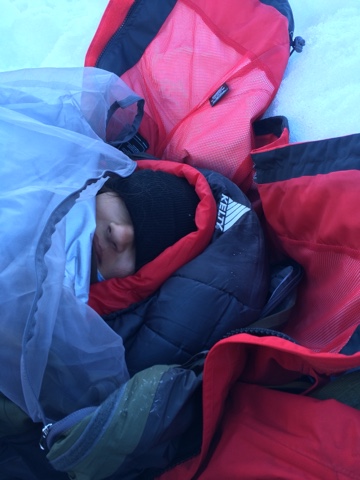 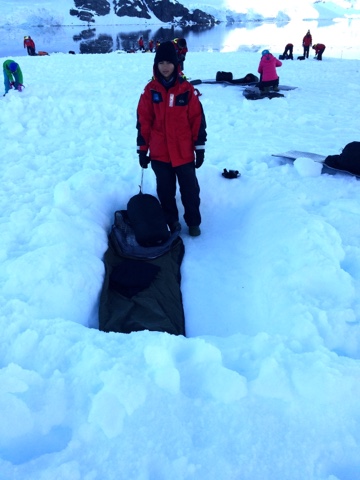 Once back at the ship at 6.30 am, I had a hot shower to warm up. At breakfast we heard the terrible news that someone had become seriously ill, and was alive but needed immediate and urgent medical evacuation to South Shetland Island, to get a plane off back to Punta Arenas in Chile. The boat was going full steam ahead back north and was due to arrive at the Chilean research station at midnight. The plane was due in at 3 am, if they could get hold of someone at the insurers to approve it. They needed the plane to take them to Punto Arenas for urgent treatment.

Then halfway through breakfast there was an announcement that we were about to go past The Chilean research station, Gonzales Videla, at Waterboat Point again where we had seen an Emperor Penguin yesterday evening. We dashed up 3 floors and almost immediately saw the penguin, this time standing up on a low lying bit of snow. It was amazing to see it yesterday but unbelievable to see it again this morning. 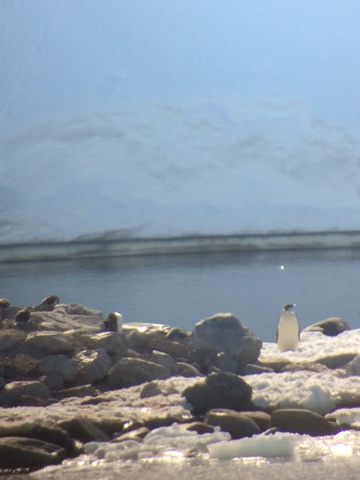 This excitement and celebration came to an abrupt end when I heard the shocking news that the person who was ill was my friend’s dad. We had been friends since day one here and our parents were spending all their time together. I hoped we could get to the airstrip as quickly as possible so that they could get a plane. A really horrible Christmas Day for them.

As we headed back north, the amount of ice reduced, but still with large icebergs. It was another sunny, still and glorious day. Not good for finding our missing Snow Petrel. Simon, the ship’s ornithologist said that 20 years ago you would maybe have one and a half days of sunny weather, rather than every day. Clearly, this was the change in weather patterns.

So far, I would say that tourism is having a negligible impact on Antarctica. We have been leaving places as we find them and with very little impact. Against this, tourists coming to the area and seeing how stunning it is, are keeping the place alive in people’s hearts and minds. There is an association for tourist providers travelling to Antarctica, with strict rules about what can be done and how. This is so that the impact of tourism to the area can be kept minimal, though there does not really seem to be a way of dealing with ships that break their rules. It is governments and corporations that will not care about trashing Antarctica, and the only way they can be stopped is by people visiting Antarctica and telling their friends and family about what a stunning and pristine place it is is and why it needs to be protected.

During our fast journey, from the upstairs bar, we saw an amazing Humpback Whale breaching and showing its tail. We also saw many more Humpbacks from the Bridge, probably there were about 60 over the day. We also saw some beautiful icebergs and some smaller ice floaters with groups of penguins on them. No sign of any Snow Petrels though…

In the afternoon, birds were very scarce with very few birds. Then suddenly there were Southern Fulmar on the water and a single Antarctic Petrel. It flew along one side of the ship and then back along the other side. We were really lucky to see one.

Dad had seen a Snow Petrel yesterday morning before Mum and I were up, so we were even more desperate to see one now. Dad had seen his bird miles away, so wanted to see one again.

After dinner, we sang Christmas carols in the bar and me and a bunch of teenagers jumped into the icy plunge pool before warming ourselves up in the sauna. It is traditional for people to jump into Antarctic sea water on their first visit. The plunge pool was filled with Antarctic sea water and was the same temperature, so we could take the plunge. 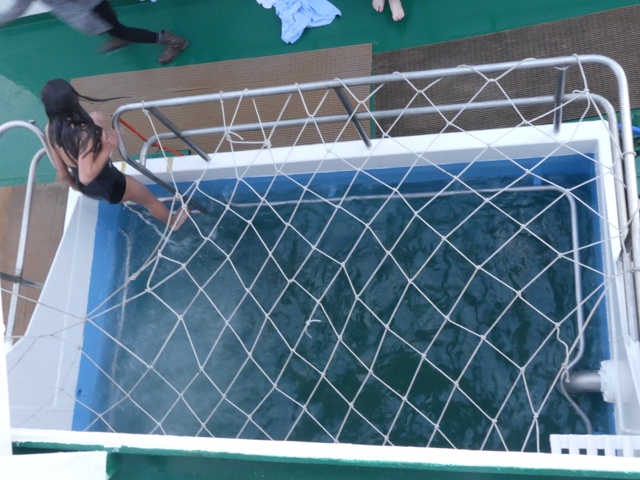 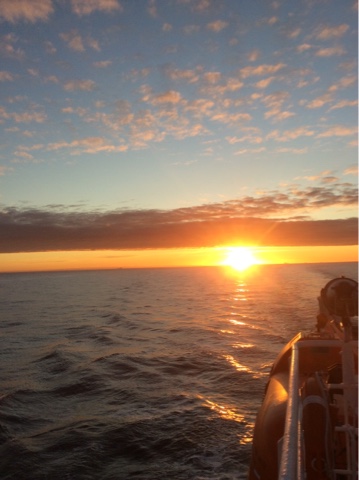 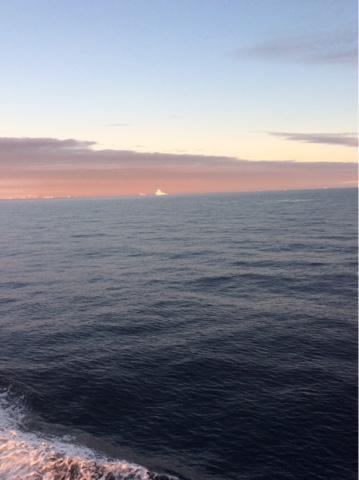