About Me & My Passions

I am a young prominent British Bangladeshi ornithologist, environmentalist, diversity activist as well as a writer, speaker and broadcaster. I am passionate about birds since childhood, at age 11, I started this popular blog Birdgirl. At age 17, I saw a Harpy Eagle in the Brazilian Amazon, which made me become the youngest person to see half the birds in the world. Each of these is special to me, not as a number but as a truly fantastic experience. 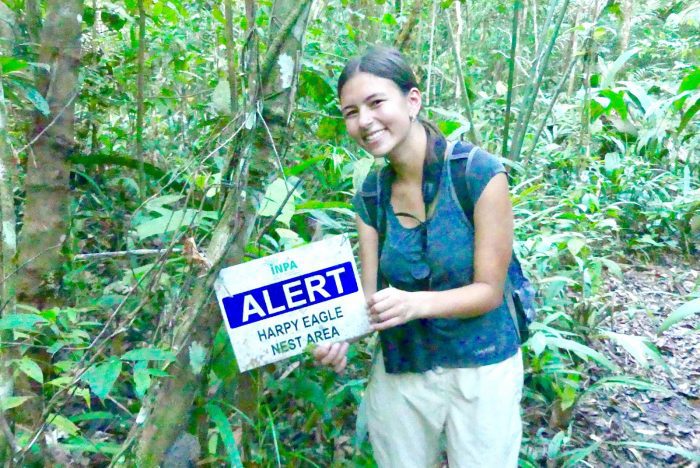 I was only 8 when I saw that we were destroying habitats, the importance of conservation and working with indigenous peoples who have been care-takers for millennia. I started campaigning against palm oil, GMO, oil and plastic pollution, climate change, biodiversity loss and for the rights of animals and indigenous and local peoples. I have met indigenous peoples everywhere I have travelled and learnt about their work to protect their land and habitats for example by choosing eco-tourism over logging and hunting. A person who changed everything for me was meeting Ruth Alipaz in Bolivia. She was from indigenous peoples in the Bolivian Amazon, had run away to La Paz age 12, finished school and worked her way through university and getting a degree before returning home, persuading her community to refuse a logging contract and instead build an eco-lodge, Sadiri Lodge. we were the first guests to this lodge where everything was made by the community. This meant that they had the skills to make and sell furniture as well as skills such as plumbing and electrical work. I have written about the racist origins of conservation in the USA when John Muir created Yosemite National Park, evicting the indigenous peoples who had lived for millennia, leaving them landless and without income and how the racism and colonialism within global conservation is impacting indigenous peoples today. That is why I was chosen by Survival International to be one of their Ambassadors and how I am proud to support their work. 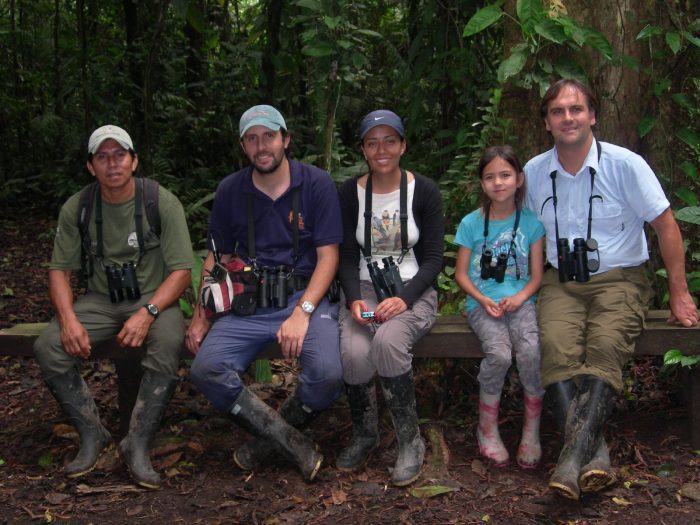 I am immensely lucky to have been taken out into nature all my life by my parents who are both birders and conservationists. The first time they took me to the Isles of Scilly, which are islands off the south west of England, to see a very rare bird, a Lesser Kestrel from Europe, was when I was only 9 days old. I love this photo of my amazing sister Ayesha, who is 12 years older than me and was a massive role model. When I was 3 years old, she was a really cool 15-year-old. She was stunning, had the coolest friends and loved birds. If she was going to love birds, so was I. It was as simple as that. Looking back, having someone who looked like me and was also obsessed with birds was important to how I felt about being outdoors. 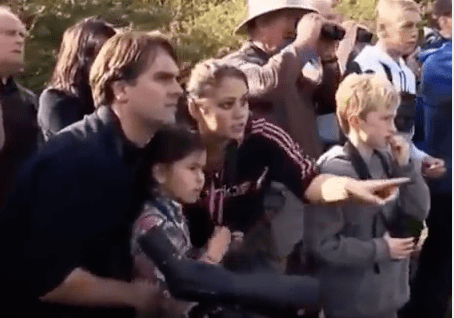 My experience of a positive role model emphasised to me the importance of role models. My mum is British Bangladeshi and so being half Bangladeshi has been enormously central to who I am, what my experiences have been especially racism and Islamophobia, how these have impacted my views on life and moulded me to be the person I am and the things I care about. 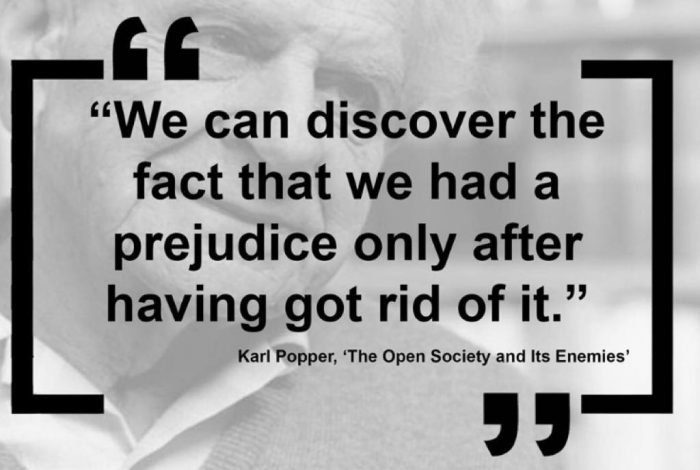 In 2008, something fantastic happened, which changed everything. Ayesha had a baby, my niece Laila and moved out but to the next village. Whilst my parents were stressed trying to give as much support as they could, I loved seeing them both but missed having time alone with my sister. As a way of recharging, we dedicated the following year to doing a year list, seeing as many birds as possible in one year within the UK. I think I am still the only child in the world to have done one and I loved every minute, ending the year seeing 325 birds.

By the autumn of 2009, BBC Four had noticed our attempt to see 300 birds in the year and persuaded us to take part in their documentary when ended up being called Twitchers: A Very British Obsession. It was so popular that it has been shown ten times and watched by over a million people all over the world. That was also when the bullying started online, mostly male birders who couldn’t believe that a little girl could actually love birds. There is lot of sexism and racism in birding. It’s not surprising when so many birders are older, white men.

By the time I was 9 years old, as well as spending all my time birding with my parents, I also started training as a bird ringer (bander) at Chew Valley Ringing Station near my house. It was not something my dad had been interested in, but he started taking me every weekend and after a few months decided he would train as well to get a licence. Since then ringing has become a big part of our lives, with my dad spending lots of time doing physical volunteer work at that the ringing station and helping to run it as treasurer. I got my ringing licence as soon as I was 16 years old, the youngest age you can be get one. I am really grateful to my ringing trainer Mike Bailey who has given me a huge amount of training and support. The licence is issued by the British Trust for Ornithology (BTO) and I also take part in other schemes they run such as the Nest Recording Scheme. For some reason they have not been interested in interacting with me but at the same time took my ideas for how to successfully run a birding camp for teenagers and failing to give me credit. 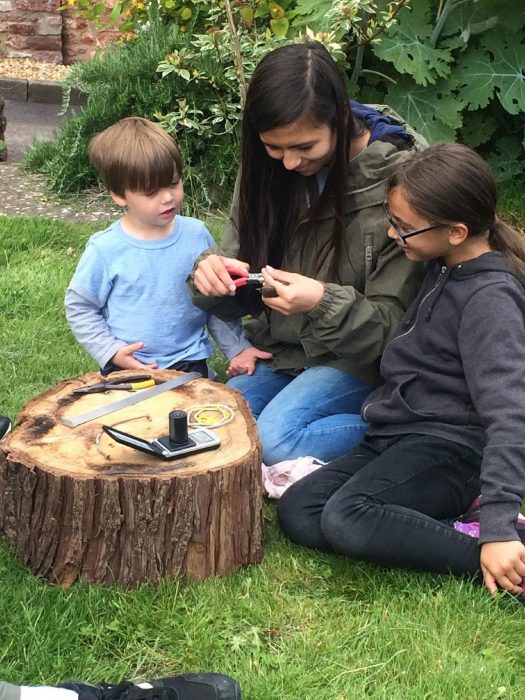 I am fortunate as the city where I live, Bristol, is the home of the BBC Natural History Unit which brought people who were interested in nature film-making and sustainability to the city. In 2014 I was listed with singer-songwriter George Ezra and Game of Thrones actress Maisie Williams as one of Bristol’s most influential young people under 24 and appeared in a full length article in BBC Countryfile Magazine. That was to be the first of many photoshoots I have done. Then in 2015, I was a Bristol European Green Capital Ambassador along with Miranda Krestovnikoff, Hugh Fearnley-Whittingstall, Kevin McCloud and Simon King, was invited to meet the senior team at the BBC NHU, appeared on BBC Springwatch and spoke at the Bristol climate rally 2015 in front of 3,000 strong crowd. I was also nominated in the Birdwatch Magazine Birders’ Choice Awards as a blogger of the week and was runner up after Mark Avery. 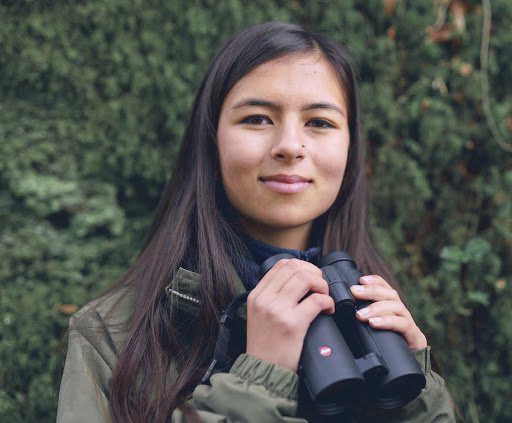 Meanwhile, in January 2015, I decided to hold a birding camp for young birders on the Somerset Levels, doing activities that I thought they would enjoy such as birding. Then, I read an article in an American birding about the need for more Visible Minority Ethnic (VME) or People of Color (POC) to get out into nature and exploring some of the barriers. This was sort of a lightbulb moment for me but more like something which dawned on me over a period of time. I had noticed that there were no people like me and my family outside in natural spaces but I had not realised that it was not their fault. I therefore decided to make my camp diverse and contacting every person I knew who had contacts within VME communities. It was hard to find VME teenagers to come but just at the end, I had 5 VME teenage boys who attended. It was hard to engage them at the start but I soon realised that we had to make nature relevant if we were to get them connected. After the camp, I wrote to five of the biggest conservation NGO’s asking them what they were doing to increase ethnic diversity in the their organisations. They all invited me to meet with them at their offices, but I could not do this as I had school. 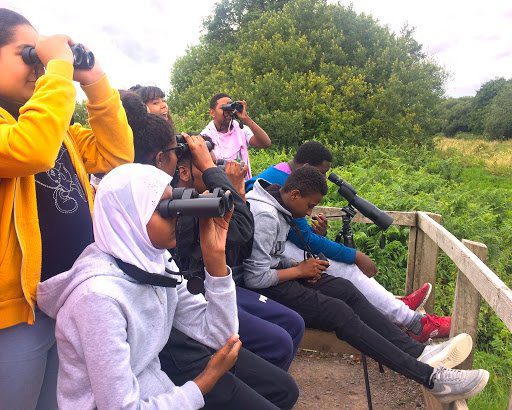 In 2016, I had an article appear in the American Birding Association, raising $35,000 for the clean up of an oil spill in the Bangladeshi Sundarbans and I was nominated in the Bristol Young Heroes Award. I then organised my first Race Equality in Nature Conference in June 2016, which was fantastic, dealing with the barriers to VME people going out into nature, how those barriers can be overcome and how to create VME nature role models. There were 90 people attending, half from conservation and half from VME communities with neither sectors having met before. 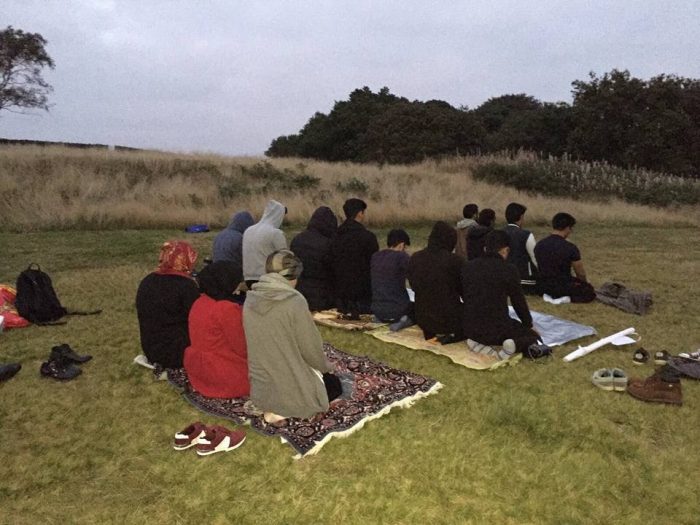 I have now organised 11 nature camps, 2 conferences and done a huge amount of campaigning with the organisation I founded, Black2Nature, leading the fight for equal access to the natural environment for VME people, organising teen nature camps and my high-profile conferences, Race Equality in Nature. I am planning to organise more camps for primary age and teenagers next year, two with the RSPB, a conference for the wildlife film-making sector, as well as continuing to put pressure on nature, conservation, environmental, environmental education and wildlife film-making sectors to change. 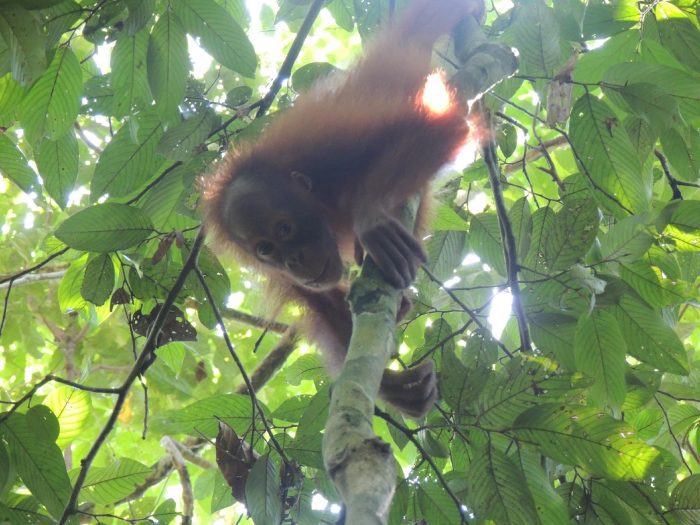 In 2017 I won the Royal Bath & West Show Environmental Youth Award and in 2018 was a Minister in Chris Packham’s A People’s Manifesto for Wildlife, speaking in front of 10,000 at Hyde Park. In 2019, I was listed in Bristol’s BME Top 100 Powerlist, The Guardian’s 10 everyday heroes fighting to save the planet, was nominated in Birdwatch Magazine Birder’s Choice Awards as Conservation Hero of the Year with Sir David Attenborough, Greta Thunberg and George Monbiot coming joint second, was included in the Bristol Powerlist, a list of the cities 50 most powerful and influential people and finally The Guardian’s Top 15 World’s Biodiversity Activists. 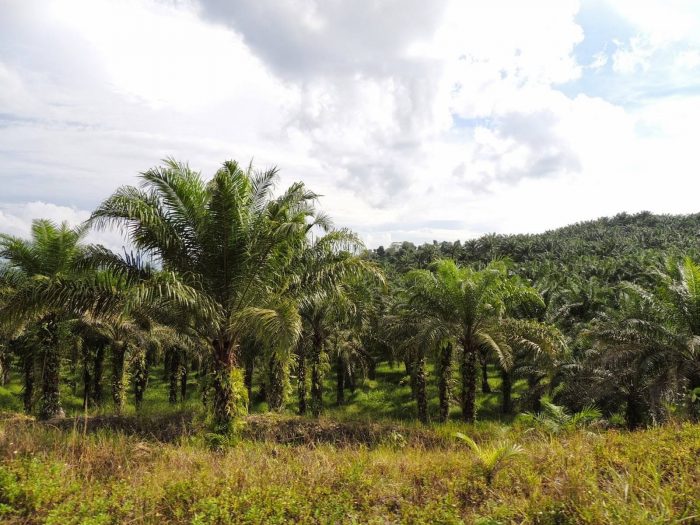 I also set up an Extinction Rebellion group, helped with Youth Strikes and Youth for our Planet which is working to stop biodiversity and species loss and have attended many meetings at Downing Street and Parliament.

In February 2020, I became the youngest person to be awarded an honorary Doctorate of Science D.Sc. h.c for my five years campaigning and the much-needed pioneering change through Black2Nature. I have also spoken alongside Greta Thunberg in front of a Bristol crowd of 40,000 youth strikers and global climate justice and the need for a just transition. 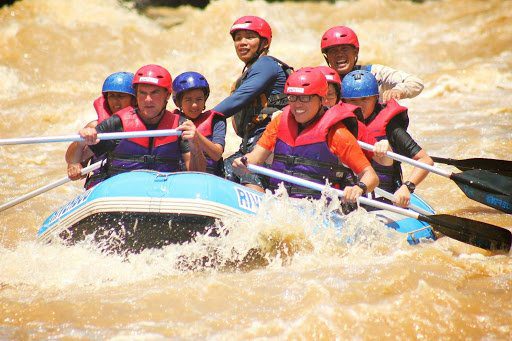 I have written lots of articles & been interviewed for national newspapers and magazines including New Statesman and Resurgence & Ecologist. I have given over 50 talks including a panel with George Monbiot and Caroline Lucas MP and Hay Festival main stage; and have appeared on TV and Radio including BBC 1 The One Show, Springwatch, Countryfile, BBC Radio Four (and being selected for pick of the week twice), BBC2 Hugh’s Wild West, and presented a German-French documentary about the decline of grassland and farmland bird species. I am also having my first book published, Birdgirl: This Is NOT My World in September 2022 by Penguin Random House, Jonathan Cape/Vintage who have published Helen MacDonald’s fantastic H is for Hawk which is a full-length memoir about all the strands of my life so far. 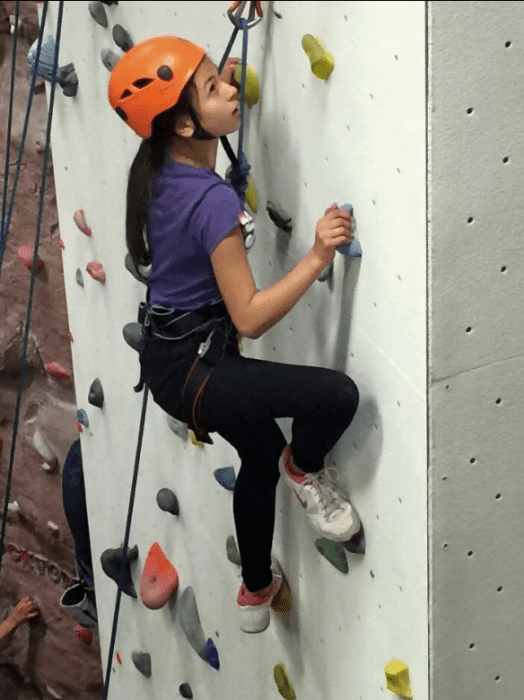 I am so excited to be able to finally tell the world that I will be working with Michal Shavit and her team at Jonathan Cape who will be publishing my book. book which has been germinating in my head since I was young and will bring together all the strands of my life so far.’