7 Days not very Wild – Trying to do something wild each day
My idea is that sometimes even if we look for that great wild thing in nature, it can be hard to find because of all sorts of reasons mainly to do with humans destroying the world.

Having celebrated the nature we can find for 30 days, I wanted to highlight the nature I couldn’t find for 7 days, sort of as a warning that things aren’t just hunky-dory. 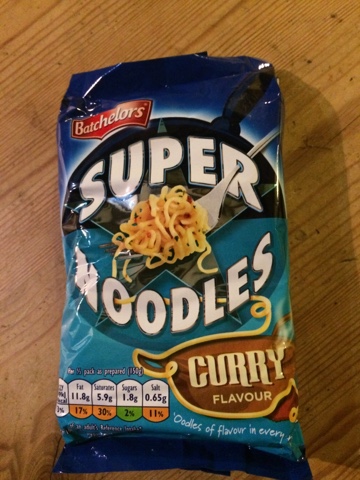 For those who live outside the UK, this is a popular instant noodles

Ok, so what is wrong with Supernoodles? For most teenagers, absolutely nothing!

So is it the Monosodium Glutamate? The lack of nutrients? Yes, but no.

The second ingredient after noodles is palm oil. This is a solid fat that I am sure is causing health problems. It is the environmental problems that I am really concerned about.

I feel lucky that I have travelled so widely and so it is important to me to share the knowledge I have gained and my world perspective.

At the Focus on Nature (an organisation for young conservationists – AFON) Conference in September 2014, we were asked to write our Vision for Nature. Whilst we were in Malaysia and Borneo in the summer of 2014, I was shocked at the extent of palm oil plantations. The land is deforested to plant palm oil trees, which support virtually no wildlife. At times we drove for hours, with nothing but palm oil plantations as far as we could see. In the Kinabatangan River area, there were amazing forests full of wildlife on one side of the river and palm oil on the other side, with nothing. It is a disaster happening around us right now. It’s like 500 years of woodland loss here happening in 20 years there. 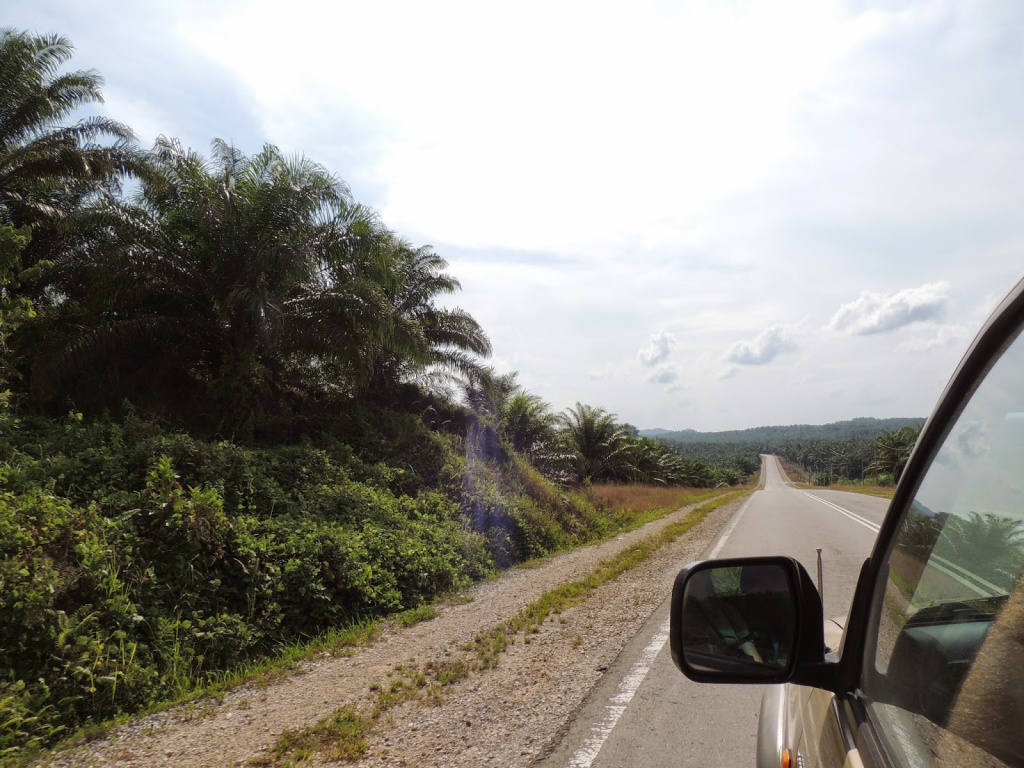 From a global view, I feel it is more important to save an entire species from extinction (like the Madagascan Pochard) rather than spend lots of money to save a bird from no longer breeding in Britain, which is anyway on the edge of its natural range and widespread elsewhere (like maybe Golden Oriole). Often, when one “flagship” species is saved in say a rainforest, lots of other species, like insects and “ugly” animals, also benefit from the saving of a habitat. However, where there is persecution in Britain or abroad, we should do everything we can to stop the killing and send the murderers to prison. I think that being a conservationist goes hand in hand with being an activist. Chris Packham is a great role model. He was fantastic going out to Malta and physically trying to stop the shooting, even getting arrested. Maybe that’s what we should do more of here. That’s why I like Greenpeace, because they put themselves out there.

In Borneo, I met a really interesting man who had worked for WWF in Borneo for 20 years and then I suspect due to frustration, set up an NGO to save the Sumatran Rhino. He talked about how conservative the large organizations can be and how it can take many years to get decisions, because of their size, number of people involved in the process and number of interested parties. After the conference it made me wonder whether working in conservation made it difficult to be an eco-warrior. Will someone who had been arrested for hunt sabbing find it harder to get a job? My Dad used to be a hunt saboteur and it sounds cool to me.

My vision for the future is that “all the palm oil plantations turn back into forest”. It is a vision that can also be extended to bringing wildlife habitats back where they have been lost all over the world. My vision is that we will not be afraid to fight for conservation and our environment. 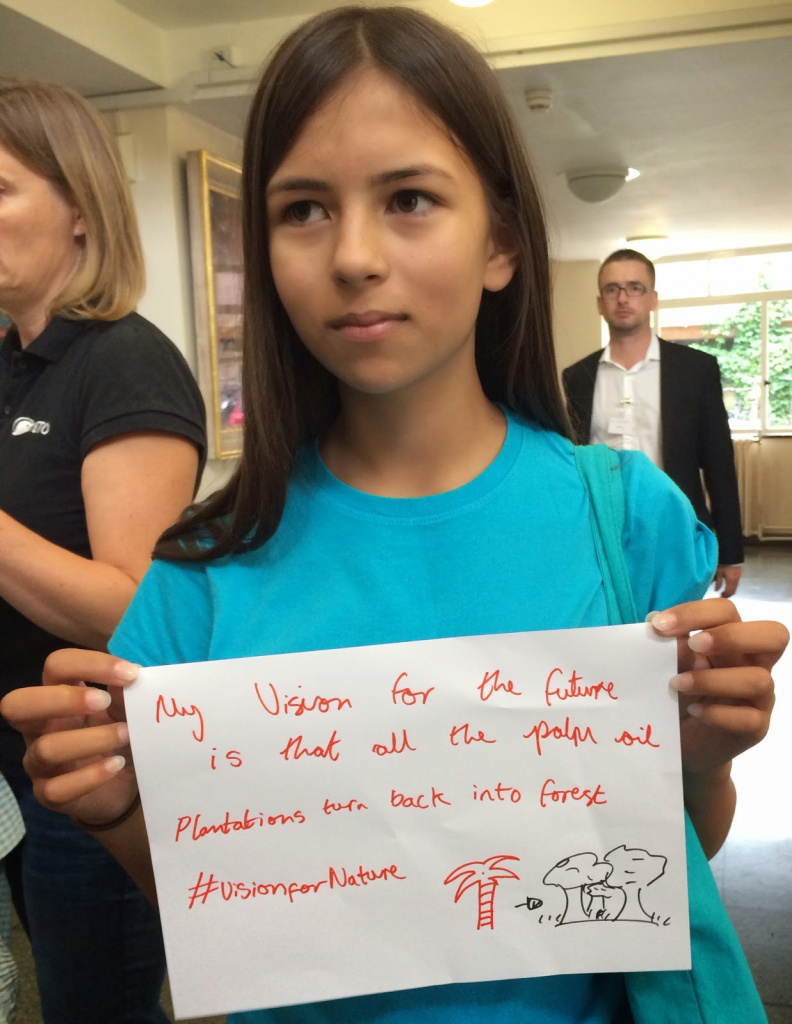