I was intrigued by this remarkable story that the author, Eva Meijer, dug up a few years ago about one fascinating – and almost entirely forgotten – a woman who was way ahead of her time when she published her revolutionary findings on bird behaviour. I wanted to help us spread the word about her!


Len Howard, the mysterious woman behind the once bestselling Birds as Individuals and Living With Birds, was a promising violinist before she decided to ditch society and city life in order to dedicate herself to her one life-long passion – birds. Leaving London behind, she bought what is now known as Bird Cottage, a small property in East Sussex where she led a very private life, observing the curious habits of the garden birds nearby and quietly working on her research until her death in 1973.

Eva Meijer draws such a tender and convincing portrait of this eccentric recluse of British nature writing that it’s impossible not to be infected with her passion for birds! What emerges is a complex character, a restless and passionate woman that could not be pinned down by society and who continued her work regardless of the prejudice against female scientists. This is an emotionally rich and measured literary debut that brings Len Howard back to life and sheds some light on her woefully neglected research. It is being published on 30th May 2019 and I wanted to help bring the life and work of Len Howard to others! 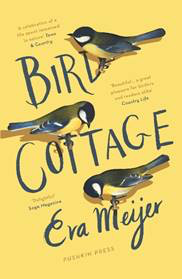 The beautiful and inspiring story of one woman’s remarkable relationship with British garden birds, and how it changed her life

'I tend my herd and flock by day so I have to read into the night; I cannot put it down' - Rosamund Young, bestselling author of The Secret Life of Cows

‘A convincing account of total dedication and self-belief, and there are beauty and joy in Len's strange life... entertaining and thought-provoking’ - Guardian

‘The author's fluid, seemingly weightless prose is perfectly matched to the birds she describes... This beautiful creation will be a source of great pleasure for birders and readers alike’ - Country Life

‘A celebration of a life spent immersed in nature’ - Town & Country

Bewitching... will make you want to throw away your Oyster card and move to a remote cottage... Read it to de-stress - The Lady 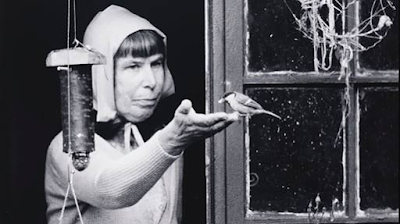 Len Howard at her cottage in Ditchling


Len Howard was forty years old when she decided to leave her London life and loves behind, retire to the English countryside and devote the rest of her days to her one true passion, birds.

Moving to a small cottage in Sussex, she wrote two bestselling books, astonishing the world with her observations on the tits, robins, sparrows and other birds that lived nearby, flew freely in and out of her windows, and would even perch on her shoulder as she typed.

This moving novel imagines the story of this remarkable woman's decision to defy society's expectations, and the joy she drew from her extraordinary relationship with the natural world. 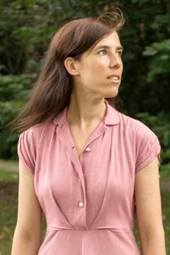 Eva Meijer is a Dutch author, artist, singer, songwriter and philosopher. Her non-fiction study on Animal Communication, Animal Languages, is forthcoming in English in 2019. Bird Cottage is her first novel to be translated into English, has been nominated for the BNG and Libris prizes in the Netherlands and is being translated into several languages. Eva Meijer was awarded the Halewijn Prize in 2017 for all the books she has written so far.