After giving a talk in Avon Wildlife Group Keynsham Group in January, I was contacted a by quite a few people from Keynsham who wanted me to get involved in their event. One of these was attending a Keynsham Kindness Day event on 24/4/17. I was going to be launching the #kindness_connects wristband campaign. I was also going to be leading a Keynsham Now group discussion about teenage bullying. 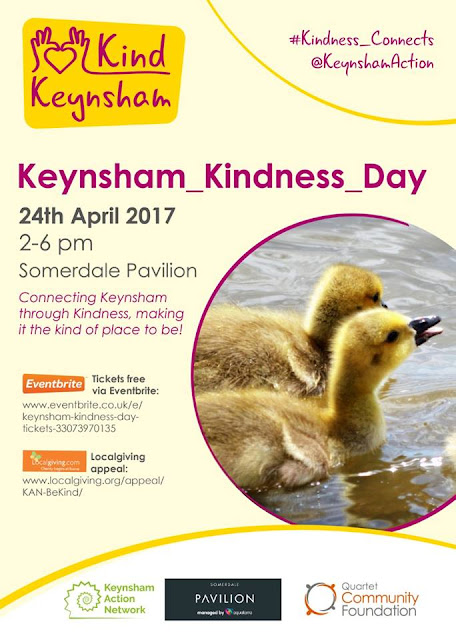 I really loved being involvedI with Keynsham Kindness Day and launching their wristband project. After all the nastiness online and beyond, this was a lovely idea #kindness_connects.

When we arrived,  a lady I recognised from an environmental training session I had been to in Keynsham a few months gave me some chocolates as a "random act of kindness". How lovely was that?


I also met Paris Brosnan, who is from Keynsham and has just written her first children's book called Billy Bee (http://bit.ly/2rdNm3q).  Look out for my review of the book very soon, it was delightful and I can't wait to read it to my nephew Lucas.


It was also good to talk about bullying and on-line trolls with other young people from Keynsham Now.