Almost all holidays I go on are world birding trips. They are never holidays; they are always “trips”. The word “holiday” gives the impression of lazing around on sunny beaches: but one thing my trips are not, are lazy.

On my trips I always end up doing things like:

Our trips are extremely hard-core and we do things like hiking 12 hours in the Andes and camping in Peru at 16,400 ft. We always come back fitter and thinner. 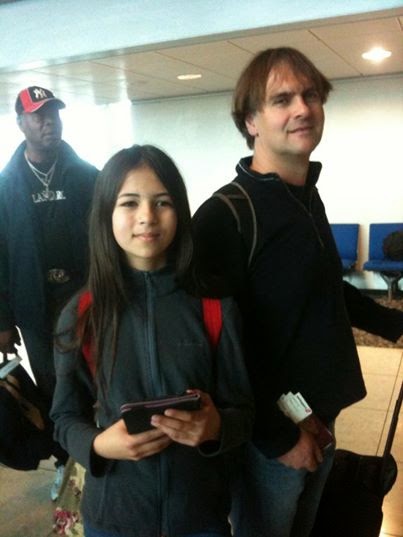 My most recent trip was to Jamaica for a week at Easter. We didn’t go there for the quantity of birds; we went there for the quality. Meaning, we went there to try and see all the 28 Jamaican endemics, not to get 500 ticks. Jamaica has some fantastic endemic birds like Jamaican Blackbird, Orangequit, Red-billed Streamertail and black-billed Streamertail (amazing hummingbirds with long tails), Ring-tailed Pigeon, Crested Quail-dove, Jamaican Lizard Cuckoo, White-eyed Thrush and Blue-Mountain Vireo.


has an extremely diverse eco-system because it’s never been attached to . It’s the third biggest island in the , but has the most endemic species and not just birds.  It’s one of the most bio diverse islands in the world.

Jamaican birding is world birding at its best.


The all-inclusive resort we stayed at was beautiful, with private bungalows, swimming pools, sandy coves with the refreshing clear turquoise sea lapping at the shores and also bars that served thirst-quenching mango slushes. Unfortunately, we were almost never there to enjoy its delights (we didn’t eat there until the third day).

We had to sign out when we left the property and then back in when we returned. The guy at the counter obviously thought we were crazy; signing out at 5.15 am and back in at 11.45 pm!

One evening, we were out owling in Cockpit Country (the home of Usain Bolt) and were in a normal type of owling place: a track surrounded by good habitat in the middle of nowhere.

After driving up and down for a bit we decided to try stopping and using playback.  Driving down to the end of the track to turn around, we noticed a lorry parked at end of a dead-end trail off the track.  This was where, when we had come in the daytime a couple of days before, we had seen two young guys who were clearly not farmers, sitting on their motorbikes smoking ganja.  We decided not to hang about at this end of the track and drove back from where we had come.

We were owling in the track for a while, but then we heard a car coming towards us and so ran to our car, just in case they were on their way to meet the lorry.  A while later we had all had brief glimpses of a .  We only heard the Jamaican Owl and sadly did not see it, so started to drive home.  Just then, the lorry we had seen came along the track with all its lights on along the front and sides, so we could see how long it was.  It spotted us, switched its lights off and reversed. About 20 minutes later, just as we had forgotten about the lorry, it happened again! After about 10 minutes we had spotted a perched on a post next to the road, giving an amazing view. The lorry had brilliant timing *sarcasm* and decided just then that we were not police, they flushed the Potoo and we made a hasty exit. Though Mum immediately declared after we were a good 10 minutes away from the track that she wanted to go back and look for the Jamaican Owl; Dad and I ignored her.

In the end, we saw 27 out of 28 Jamaican endemics.  Despite lots of owling, the Jamaican owl was the bird that got away.  I got 57 world bird ticks in Jamaica (remember quality, not quantity), which included quite a few Caribbean subspecies such as Bahama Mockingbird, Stolid Flycatcher and Cave Swallow and seven Caribbean endemics like West Indian Whistling Duck, Antillian Palm Swift and Zenaida Dove and nesting White-Tailed Tropicbirds.

But this does not mean is filled with dodgy lorries or anything.  It is a really great country where everyone we met was really friendly and helpful. Its creatures and the country are beautiful, untouched and luscious.  It’s an incredible place (after all it is the birthplace of Bob Marley) and I think everyone should go, even if they have to stow away on a cruise liner…