I write a column called "Birding Tales" in my local monthly newspaper, the Chew Valley Gazette.  Although it is only a local paper, it is read by lots of people who work for the BBC Natural History Department and the media, as lots of these people live in the Chew Valley just south of Bristol.

This month, my December 2015 column is about the important issue of the fires raging in Indonesia.  This are crippling the environment and are being ignored by our media.  The article is on Page 43, and is from the link below:

"As I go birding around the beautiful , it’s easy to erase from my mind the crime against nature and our planet taking place on the other side of the world.

As the media ignores this massive eco-catastrophe, I can not do so.  A huge area of is on fire, along the 5000 km length of this beautiful country.  A fire so dense that in some cities visibility is down to 30 metres, smothered by smoke, children are choking.  Others will die an early death from the respiratory illnesses that they are developing now.  20 people are dead, 500,000 are suffering from respiratory illnesses and 45 million people are impacted.  At the same time, some of the world’s rarest animals are being driven from their homes, with 1/3 of Orangutans in danger and 20,000 dead.  The CO2 emission from the fire is more than for the whole of the and so far, an area the size of is ash.  Under the trees, the peat which is up to 12 metres deep burns on for many months, releasing toxic gases.

Who or what could have started this terrible disaster?   Look no further than Nestle, Pepsi and Starbucks.  All of these companies use palm oil in their products which is from plantations on illegally deforested land.  Palm oil is now in 50% of all our products.  Every year plantations supplying these companies and immoral companies like them set fire to rainforests and peat forests, to clear them for palm oil plantations.  This year, the thousands of deliberate fires have burnt out of control due to try weather.

In 2014, when I visited Borneo and Malaysia I was shocked by the extent of land deforested for palm oil plantations, which support virtually no wildlife.  At times we drove for hours, with nothing but palm oil plantations as far as we could see.  In the  area, there were amazing forests full of wildlife on one side of the river and palm oil on the other side, with nothing.  I realized that it was a disaster happening around us right now.  It’s like 500 years of woodland loss here happening in 20 years there. The deforestation associated with palm oil is vast, particularly in Indonesia, Papua New Guinea and Malaysia who produce 87% of the world’s supply. The palm oil industry has been expanding ferociously, accounting for 50 billion tons a year with huge areas of rainforest have been destroyed in and

What can you do to help? Sign a petition; write to these companies and others like them, telling them that their conduct is unacceptable; write to the papers and ask them why they are not reporting on this catastrophe; try to stick to products with ethical, sustainable options with the Rainforest Alliance’s Certification." 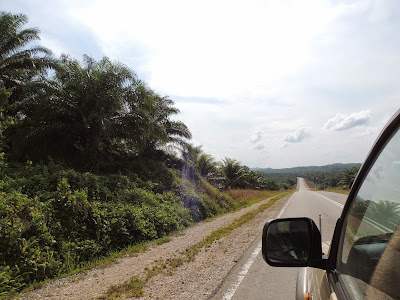 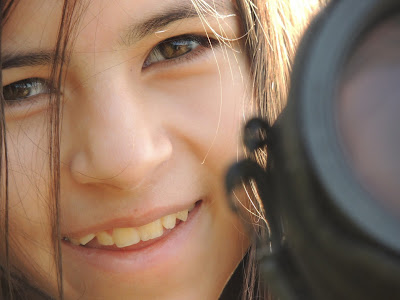 Mya-Rose Craig is a 13 year old young birder, naturalist, conservationist, environmentalist, writer and speaker. She is based near Bristol and writes the successful Birdgirl Blog, with posts about birding and conservation from around the world. She loved seeing Mountain Gorillas in East Africa and is looking forward to watching Penguins in Antarctica in December 2015, which will be her 7th continent.