I will add my photographs to my blog post once I have working wifi.

We were having a great trip to Uganda organised by ground agents Avian Watch Uganda. Everything was well organised with Robert our fantastic guide (who knew the sites and bird calls which he could whistle) and Paul, our driver and fixer, for who nothing was too much.

This morning we were all a bit tired from our long and bumpy journey.  We were at Kidepo Valley National Park and were looking forward to seeing animals and birds.  The National Park is in the north east of Uganda, not far from the border of South Sudan and Kenya.  Ten years ago you couldn't come here, because of rebel leader being here.  Now they are trying to build it up as a tourist destination.

We had breakfast at 5.30 am before starting our safari drive.  First stop was Pennant-tailed Nightjar, which were amazing birds and new for all of us. 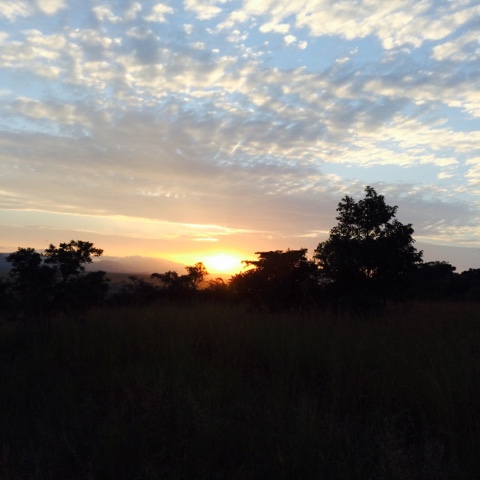 Paul then opened the top of his Toyota Landcruiser vehicle, so that we could stand and have a 360 degree view, perfect for birding and safari. 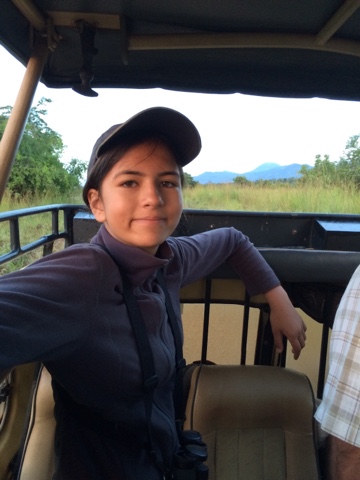 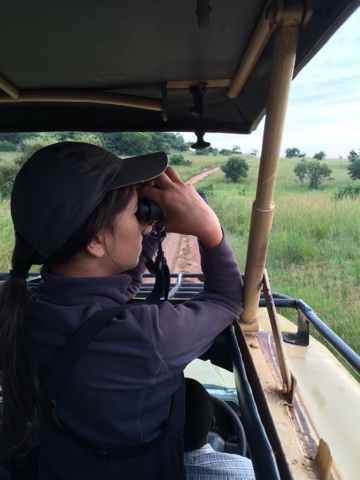 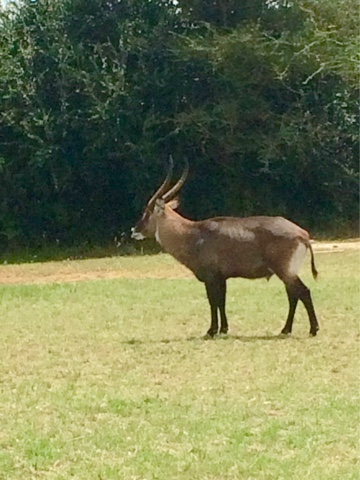 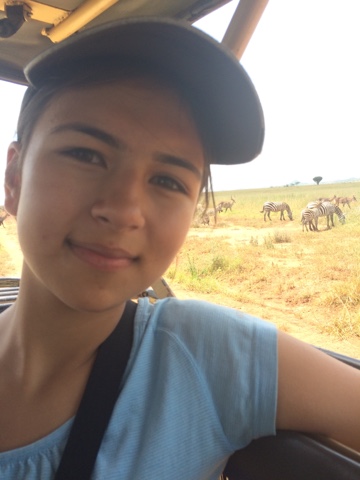 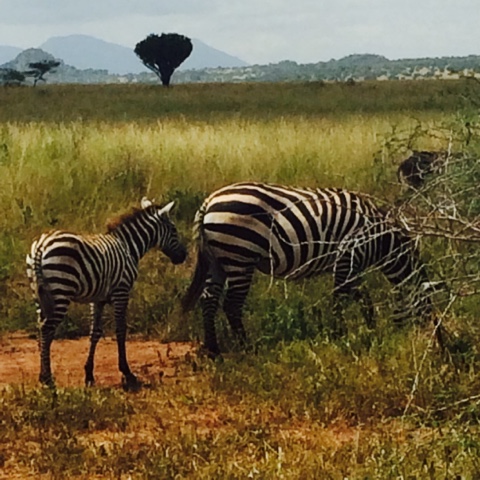 We also had an amazing morning birding, seeing White-bellied Go-away-bird, Crested and Clapperton's Francolin, Abyssinian Ground-hornbill and Northern White-crowned Shrike, which was even a new bird for our guide Robert.

We stopped at a camp for lunch, picking up a few new birds like Grey-capped Social Weaver, Superb Starling (my bird of the day) and Shelly's Sparrow.

The afternoon was hot and quieter bird wise, but with still a few new birds including Red-winged Lark, Green Wood-hoopoe and sneaked in better views of a Clapperton's Francolin with 3 chicks. We saw a strange looking Cisticola that just didn't fit anything.  One to work out later.

At one point, Dad pointed out 2 small parrots with a long tail.  We saw them briefly as they flew off as Dad called them as Ring-necked Parakeet.  They are originally from India but are an introduced species in the London area.  Robert, our guide, didn't get onto them which ordinarily would not be an issue, but it turned out he had never seen one before, as this was the only place in Uganda you could see one and they were scarce here.  Paul reversed the vehicle, but they were nowhere to be seen.

Then the heavens opened with torrential rain.  As we raced back to the lodge, we were still able to stop for the odd bird.  We arrived at the lodge at 6 pm, exactly 12 hours after we had left.

After a quick very welcomed hot shower, we went for dinner via better views of the Pennant-winged Nightjar and Freckled Nightjar, which was Dad's 5000th bird.

Unfortunately, Digby had been off solo birding and missed the Nightjars.  He reappeared at dinner having not seen anything on his woodland walk so went off with Dad to try and see Freckled Nightjar, with no success.

Dad's 5000th bird was celebrated with a few beers and Sprite that night.

Later, Dad decided that the Cisticola was a Red-pate Cisticola, which changes plumage depending on whether it is in breeding plumage or not.  Digby independently came to the same conclusion!


Mya-Rose Craig is a 12 year old young birder, conservationist, writer and speaker. She is based near Bristol and writes the successful Birdgirl Blog, with posts about birding and conservation from around the world. She is looking forward to going Mountain Gorilla Trekking in East Africa and watching Penguins in Antarctica in December 2015, which will be her 7th continent. She has recently been listed with the singer songwriter George Ezra and actress Maisie Williams from Game of Thrones as one of Bristol's most influential young people. Please like her Birdgirl Facebook Page and follow her on Birdgirl Twitter