I will add my photographs to this blog post when I get properly working wifi.

We were having a great trip to Uganda organised by ground agents Avian Watch Uganda. Everything was well organised with Robert our fab guide (who knew the sites and bird calls which he could whistle) and Paul, our driver and fixer, for who nothing was too much.

So today we were up half an hour earlier, at 5.00 am which was all the harder.  Breakfast was ready included hot buffet items.  The cook must have been working all night.

Digby overslept, having not slept for 2 nights.  This made me feel better as I am bound to be late for breakfast some time and now won't feel so bad about it.

Robert said that hardly any tours came to see the Fox's Weavers here and so no one had gone out scouting to find them.

After a half hour drive, we were back on the boat looking for Fox's Weaver with no success during our 3 hour trip.  We did see lots more Lesser Jacana, one Lesser Moorhen and two African Swamphen which seemed strange that they were so scarce.  I wondered whether water birds were hunted here. 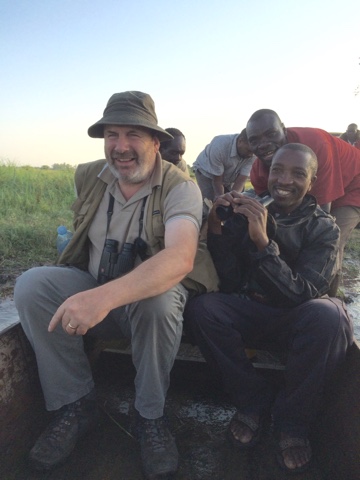 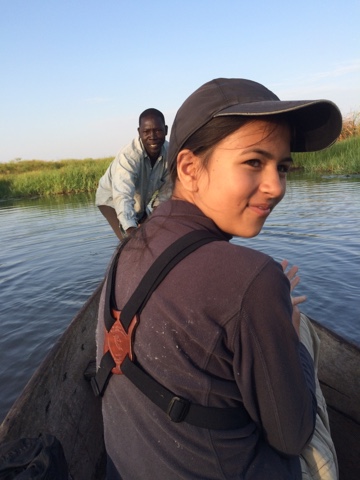 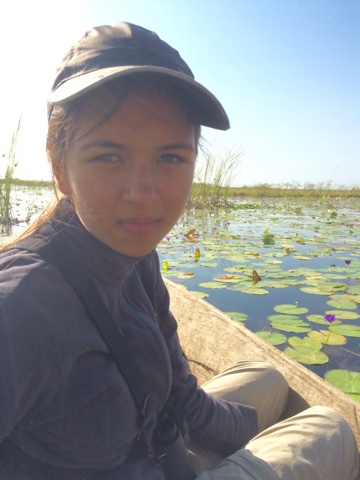 Back in the car, Robert said that all the birds were hunted here including the weavers and that there had been a man there as we left with 200 weaver nests.  This is terrible.  I don't know which NGO's are working here but I'm sure  Birdlife International are working with Nature Uganda on s project here.

What is needed here, is what I've seen lots of around the world.  The bird hunters are given another source of income (eg fishing boat and nets), tours encouraged to come here and pay a levy to the local community and there being a trained local guide who is also a local researcher who does regular surveys of this localised, rare endemic bird.  I'm going to look up what projects are going on here, if at all.

It was 9.30 am when we left the village, concious that we then had the very long drive to Kidepo Valley National Park, where we were staying a blissful 3 nights.

Four hours later, we stopped at a small town to eat our packed lunch with our first Palm Nut Vulture of the trip, a new bird for Digby and our daily Africa Harrier Hawk.  Paul, our driver, then said we had to leave as we had 300 km more to go today.  That sounded a long way until 200 metres on, the tarmac turned to mud.  300 km on a mud road was a lot more than a long way.

We drove through poor villages, with children in tatty school uniforms and no sign of any shops.

Then, at 4.30 pm it started raining again turning the road to sludge.  I was glad we were in a 4 x 4 Toyota Landcruiser and not one of the cars on the road.  The rain soon passed and we had managed to pick up a bit more speed.

The last 50 km or so was relatively active with birds, with a Little Sparrowhawk, Wahlberg's Eagle, Helmeted Guineafowl, Black-winged Bishop and A stunning Greyish Eagle Owl all seen from our vehicle. 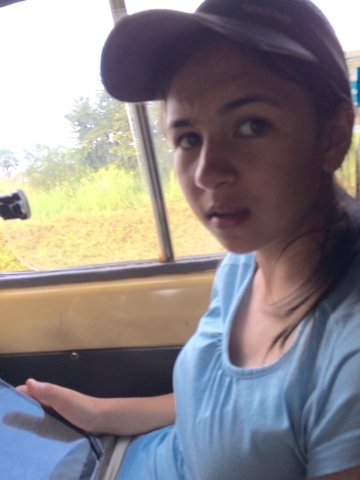 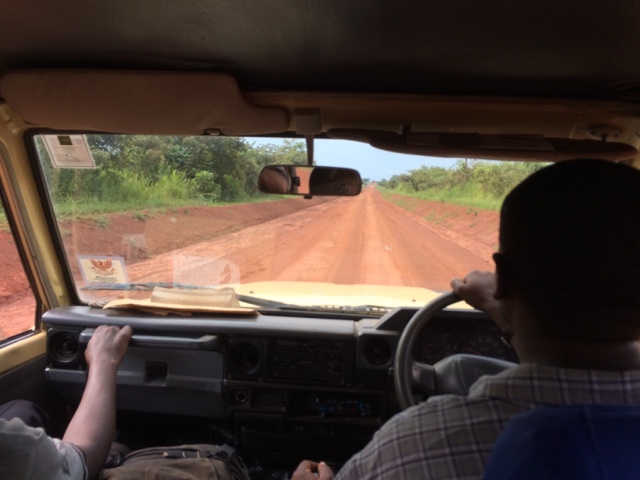 It was 7.30 pm when we arrived at Nga Moru Wilderness Camp, where dinner was waiting for us.  It was pretty rustic with no electricity in the rooms but multiple charges in the diningroom. A quick shower later and I was crashed in bed before 10 pm.  Mum had an interesting chat with an American researcher called Mike Brown, who was researching giraffe, but in the whole context of a place, looking at everything.


Mya-Rose Craig is a 12 year old young birder, conservationist, writer and speaker. She is based near Bristol and writes the successful Birdgirl Blog, with posts about birding and conservation from around the world. She is looking forward to going Mountain Gorilla Trekking in East Africa and watching Penguins in Antarctica in December 2015, which will be her 7th continent. She has recently been listed with the singer songwriter George Ezra and actress Maisie Williams from Game of Thrones as one of Bristol's most influential young people. Please like her Birdgirl Facebook Page and follow her on Birdgirl Twitter