I will add my photos to this blog post when I have properly working wifi.

We were having the most brilliant trip to Uganda organised by ground agents Avian Watch Uganda. Everything was going well with Robert our great guide (who knew the sites and bird calls which he could whistle) and Paul, our driver and fixer.

Last night we had the luxury of staying in the same upmarket hotel In Mbale for the second night.  There was a dubbed Indian channel on the TV, which was quite funny as that's what my grandmother (Nanu) watches all day long.  I chatted to Paul about it and he said that everyone there was addicted to Indian drama's including his wife.  He said that he never gets to watch things like the news and can't manage to get his hands on the remote, which never leaves his wife's hands.

It was still gone 6.30 am by the time we set off after Paul had sorted the bill.  The set up was the same as when we were in Bolivia.  Robert was from Bwindi Impenetrable Forest, where the Mountain Gorillas live.  He only comes to Kampala when he has a guiding job on and was not used to the city.  He only guided which he was brilliant at.  Paul was our driver and lived in the city. He did all the organising, paying ensuring everything was great for us.  Nothing was too much for him.

We had a long drive to get to Soroti, to try for Uganda's only endemic bird, the Fox's Weaver.  Once in the area, we stopped at a marshy area by a bridge next to the road and saw Golden-backed Weaver, Bar-breasted Firefinch and Zebra Waxbill but no Fox's Weaver. 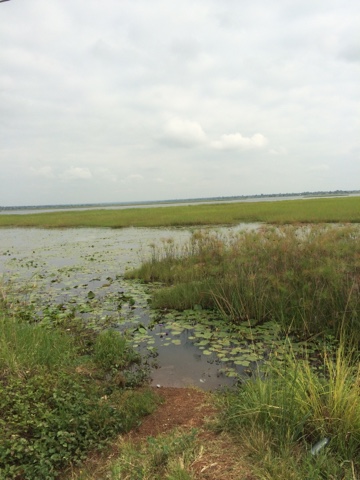 We then travelled to the local village next to Lake Bisina and picked up a local boatman who knew the areas to visit.  Here we saw Fox's CistcolaIta and Hartlaub's Marsh Widowbird.  It was 11.30 am when we set off by boat and in the full heat of the day. The boat had quite a big leak, so someone worked full time to  scoop the water out. We searched for the Fox's Weaver without any luck, but did see another target Lesser Jacana which we didn't see at Mabamba.  The lake was particularly beautiful this time of year, covered in purple waterlily flowers. 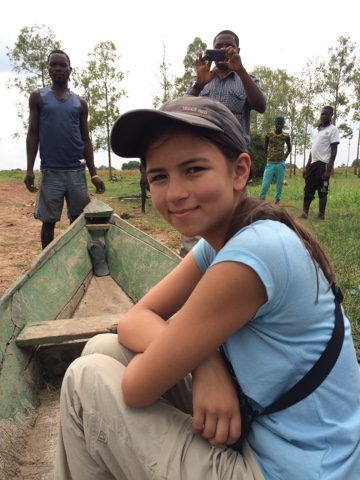 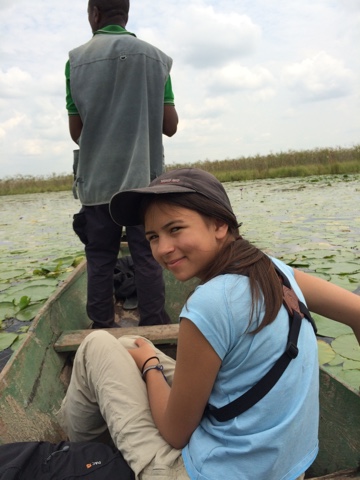 Despite the heat, we saw some good species for the trip like Madagascar Squacco Heron and Lesser Swamp Warbler. 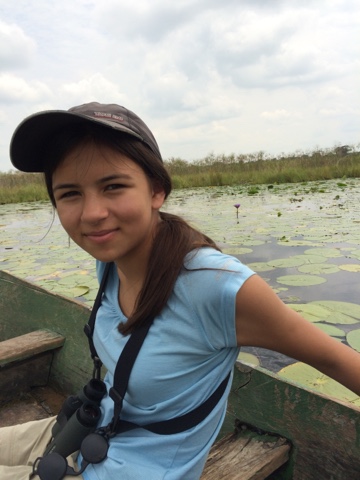 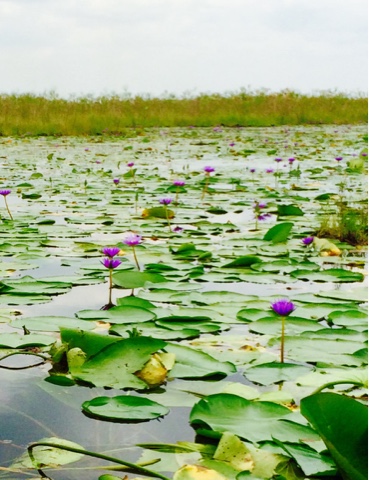 After the two hour boat trip, we got back to shore to find our driver Paul was still in town getting a strap fixed on our Toyota Land Cruiser vehicle.  The joys of driving in African mud roads.

It was 2 pm and very hot but we walked across the fields searching for Fox's Weaver. The main boatman, Owinyi, walked with us as he knew where previous tours had looked and seen the Weaver.  He said he had not been out with a group since January, when he last saw the Weaver.  During our walk, we did still saw Black-and-White Cuckoo and Shikra. 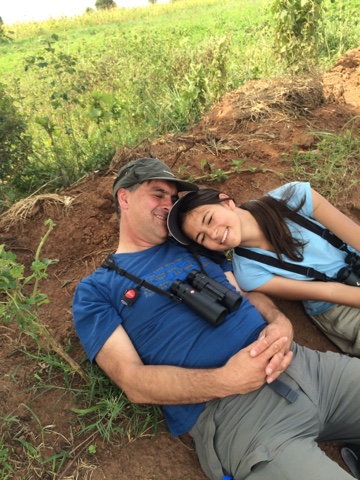 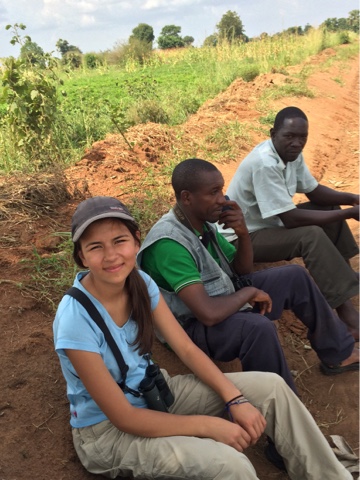 It was a steamy 3.30 pm by the time we arrived at the road Weaverless and another half an hour before Paul arrived with a repaired vehicle.  Not to give up so easily, we drove back along a now muddy and skiddy mud road to the bridge on the main road. Here our friend Digby met up with us.  His flight had arrived in the middle of the night, he had then seen the Shoebill at Mabamba before driving all day straight to meet us.

Within a few minutes of starting to bird at the bridge, we had more torrential rain.  We would have carried on looking, but the Weavers had disappeared.  Disappointed, we drove to our hotel.
Our guide, Robert suggested an early breakfast at 5.30 am and then to go back to the lake to try for Fox's Weaver again.

So after a hot shower and dinner I was off the to bed, especially as the wifi did not work properly (again), so no photos yet on my blog posts.

Mya-Rose Craig is a 12 year old young birder, conservationist, writer and speaker. She is based near Bristol and writes the successful Birdgirl Blog, with posts about birding and conservation from around the world. She is looking forward to going Mountain Gorilla Trekking in East Africa and watching Penguins in Antarctica in December 2015, which will be her 7th continent. She has recently been listed with the singer songwriter George Ezra and actress Maisie Williams from Game of Thrones as one of Bristol's most influential young people. Please like her Birdgirl Facebook Page and follow her on Birdgirl Twitter