Today we all woke up feeling tired.  I like all the other young birders I suspect woke up, pulled our clothes on and maybe brushed our teeth.

The boys from the city were insistent that they felt 'dirty' and could not go anywhere without having a shower.  Really? Yes,  really.  20 minutes later they re-appeared scrubbed and gelled.  There is nothing wrong with cleanliness even on camp.

Everyone took down their tents and headed to the Avalon Marshes Centre for breakfast and a ringing demonstration given by me, my dad Chris Craig and my trainer Mike Bailey from Chew Valley Ringing Centre.  Everyone seemed interested, although one of the loudest boys from Bristol was afraid of holding a bird but did overcome his fear and have a go at holding a few in the end.

Mike then gave us all a talk about ringing and the BTO.


I had put my camera trap up the night before, we there seemed to be tracks on the grass.  I had put lots of food down to attract birds and animals.  So in the morning, we got everyone together and played the recording and it was really exciting to see four badgers feeding on the peanuts. We were all buzzing after watching that and it was a real highlight of the weekend. 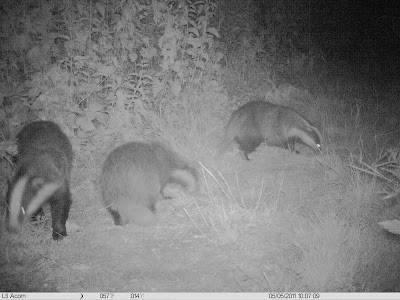 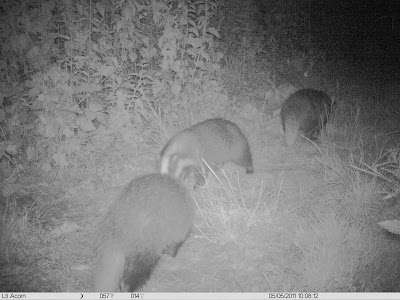 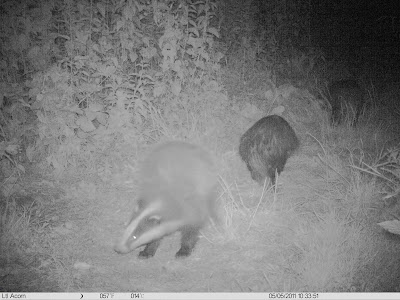 The boys from Bristol were especially tired today and ready to home, whilst the remaining young birders were desperate to get what they could from the day.  Most people had to leave by lunchtime but there were four of us left for the afternoon sessions.

After lunch, I gave a short talk about world birding, saving the Spoon-billed Sandpiper and World Shorebirds Day as their Ambassador.  We then had a quick review of the weekend before going out on a bird ID session on Shapwick Heath with Keith Vinicombe.  There were no waders to look at but Keith was full of ID information and bird stories.

It had been the best weekend ever, making lots of friends my own age, but I was exhausted.

Next year, Camp Avalon is on 8/9/10 July 2016 and I hope to make it bigger and better.  Next Generation Birders have said they would like to get involved and I hope other organisations will get involved too.  If you would like to come, whether you are already into birds or not, e-mail me at campavalonuk@gmail.co.uk.

Mya-Rose Craig is a 12 year old young birder, conservationist, writer and speaker. She is based near Bristol and writes the successful Birdgirl Blog, with posts about birding and conservation from around the world. She is looking forward to going Mountain Gorilla Trekking in East Africa in the summer and watching Penguins in Antarctica in December 2015, which will be her 7th continent. She has recently been listed with the singer songwriter George Ezra and actress Maisie Williams from Game of Thrones as one of Bristol's most influential young people. Please like her Birdgirl Facebook Page and follow her on Birdgirl Twitter